Nadya had been the twin who was supposed to die. But she lived, and it was her sister, the other Nadya, who’d departed. The Chief Designer placed his hand on this Nadya’s shoulder and squeezed. He meant it to comfort her, but it had also become a superstition of sorts. The first time, at least, he had meant to comfort her. Since then, it was for his own comfort. No launch had ever failed following the gesture. This calmed him in a way the vodka never could.

The bunker walls were bare concrete. The control panel, a patchwork of different metals, unmatched switches, knobs and dials like a hundred varieties of flower, faced the wall opposite the door. A half-dozen engineers manned positions at the console, and as many as that stood behind them. The Chief Designer knew only a few by name.

Had Nadya lost weight? He remembered her being meatier, muscles sculpted. She still trained back then, he supposed. No need for that now. Perhaps he simply misremembered. This was only the fifth time his hand had so much as grazed Nadya over the years of the program, once for each launch. Hell, he even managed to touch his wife more often than that. His wife and son, how long since he had last seen them? He looked at the countdown clock.

Some of the engineers called the Chief Designer Medved because they did not know his name, but also because of his breadth. The large scar on his head, too, befitted an animal. The gouge ran from just above his right eyebrow deep into the territory of his balding pate. He would never discuss its origins. Half his teeth were artificial, the incisors grayed like an old cheap saucer.

He slid sideways through the narrow space at the end of the control console to the bunker’s periscope, a box of raw metal with goggles protruding from the side. The distance shrunk the R-7 rocket to toylike proportions. Only the top showed above the great tulip framework of the launchpad. The four metal buttresses, gripping the rocket like a vise, would not fall away until the thrust reached a certain level. The pad’s design had been Mishin’s. Or was it Bushuyev’s? The Chief Designer could never remember.

Beyond the pad spread sprawling flatness, The Kazakh steppe like something from a nightmare, one where he would run and run but never seem to make progress. Down range had become a graveyard for spent rocket parts, dropped early stages, shrapnel from the occasional explosion. Not as occasional as the Chief Designer would have liked. Some of the younger technicians took trucks, vintage from the war, and searched for souvenirs. Mars had returned once with a piece of metal sheeting, the skin from a failed rocket, with a red slash painted on it like a wound. It was the tip of the sickle. He had searched for the hammer, Mars said, but the steppe was a big place. Or a non-place. After a certain point, a thing’s vastness diminished its identity.

The Chief Designer did not look at the landscape, however. He scanned the sky, grimacing at the gray roiling over the horizon. He had received word of a storm surging across the steppe, the kind that would muddy the whole complex and postpone the mission.

“There’s only so much of nature I can conquer at once,” he said, speaking the words as if through the periscope. No one in the control room heard him.

The mission had already been delayed once after a single centimeter-long wire shorted out. Of the kilometers of wires, hundreds of vacuum tubes, and thousands of other little electronic devices, all it took was the tiniest glitch to ground the whole thing. The Chief Designer hated that faulty wire, sometimes he even hated the engineers who had installed it. In his more generous moods, he would congratulate the engineers on the foresight of the indicator light. Left unrepaired, even that forgettable span of wire could have destroyed the whole rocket. The fuse was always tiny compared to the explosion.

The Chief Designer squeezed back around the console. Mishin, or was it Bushuyev, handed him the bottle of vodka. No glasses this time. For the first two launches there had been glasses, so that a successful launch might be toasted. By the time those launches actually occurred, however, there was no vodka left. They had drunk it all in the waiting.

The Chief Designer gripped the bottle with both hands and gulped down a mouthful, like a man emerging from the desert, scared that the substance might turn to illusion if he did not down it fast enough. He passed the bottle to Mars at the communications terminal quickly, so that the liquid’s rippling would not reveal the tremors shooting through his body. Mars took a sip and passed the bottle along.

The radio crackled with static. An exhaled breath. The Chief Designer shoved himself next to Mars and took the microphone.

“I feel fine.” The voice came small and tinny from the speaker. “How about you?”

A round of subdued laughter crested through the bunker.

The voice belonged to Leonid, crammed inside the little globe of the Vostok capsule perched atop the R-7. It was the first joke the Chief Designer ever remembered him making. At least this Leonid. The other one had been trained to tell jokes, to be normal. More than normal. He was the socialist ideal incarnate. As if an ideal was something that could be trained into you. Sometimes the Chief Designer thought of them, the two Leonids, as the same person, but then that was the whole point.

Nadya slipped around the console to the periscope. She didn’t press her face against it, but stood back, observing the small image of the rocket, fish-eyed by the lens. Speaking of ideals, thought the Chief Designer. How old was she now? Twenty-five? The original cosmonauts, the Vanguard Five, were all the same age, give or take a year. Nadya was the only one among them to achieve grace in a jumpsuit. Her blond hair so fine. He wondered what the other Nadya’s hair had looked like in weightlessness. The first human in space, and no one had thought to take a picture. No one had thought to ask.

The only time Nadya’s grace had failed her was the day before she was scheduled to launch. The little white dog Kasha, herself trained as a cosmonaut, had darted under Nadya’s feet in the hallway. The Chief Designer had been there, along with Mishin and Bushuyev, walking from the training center toward the mess, discussing the logistics of launch day, though all of them knew the procedures so well by then that any recapitulation was pointless beyond even the usual levels of redundancy the engineers favored. Nadya seemed to rise up, over the top of Kasha, and then toppled to the beige-tiled floor. She looked down, her face seemingly stretched by surprise, not pain. Kasha sat beside Nadya, as if protecting her. Nadya hovered her hand above her knee and said simply, tragically, “It’s broken.” The Chief Designer remembered the electric shock those words had caused to pulse below his skin. That was his last clear memory of the first launch.

Now he stood, looming over the control panel like the rocket over the pad, both figures, to look at them, unlikely to ever leave the ground. His finger floated above the ignition button. Could he press it again? After the first launch, he had always pressed it himself. Whoever’s finger did the work, though, the ultimate responsibility was his. It was his button, his rocket, his cosmonaut. No, he would not press it again. He would remove his hand, scrub the mission. He would stand on the scaffold of the launchpad as Leonid emerged from Vostok. He would welcome Leonid home like a son, though Leonid had never actually left the ground. Like Nadya. Like the Nadya who survived. What had her sister’s hair looked like in space?

“We never think to ask the right questions,” he said.

He pushed the button, and the engines, all twenty of them, lit as one.

Zach Powers is the author of First Cosmic Velocity and Gravity Changes, which won the BOA Short Fiction Prize, and his work has appeared in such places as American Short Fiction, Black Warrior Review, The Conium Review, and the Tin House blog. He co-founded the literary arts nonprofit Seersucker Live, led the writers’ workshop at the Flannery O’Connor Childhood Home for eight years, and spent a decade in television with the Savannah Morning News, winning four regional Emmy awards. He is Director of Communications for The Writer’s Center in Bethesda, MD, and lives in Arlington, VA.

"The Crossroad" by Esperanza Cintrón 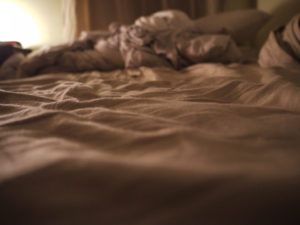 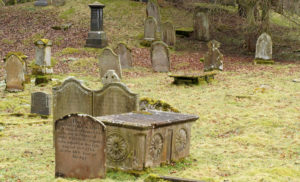 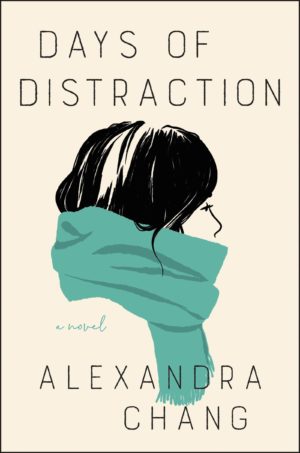