“The Ascent” by Harold Taw first appeared in Raven Chronicles.

Parvathi dropped her backpack onto the trail with a thud. “Let’s take a break,” she said. “My blisters are killing me.”

Her twin brother Vikas nodded and leaned, pack and all, against a boulder. They’d been on the mountain for six days and had finally begun their ascent up the eastern slope.

“We could camp here for the night,” Parvathi said. “At least until your fever breaks.”

Vikas shook his head. “Be my sister, not my mother.”

Why were twelve-year old boys so infuriating? He’d spent two days vomiting, barely able to keep down water. But Vikas was convinced that with the warmer temperatures, every minute lost imperiled the reason they’d come. If the ice walls of the crevasse melted too much, the corpse would drop, disappearing forever into the abyss.

Let it fall, Parvathi thought. Why did it matter? Why did anything matter after what had happened. They were twelve years old and had nothing to look forward to. There was no time to waste on the dead.

Parvathi was in Ms. Aronson’s math class when it happened. One second, Ms. Aronson was telling them to pull out their workbooks. The next, it seemed she’d suddenly dropped to her knees. Except she didn’t get back up again. She couldn’t because Ms. Aronson wasn’t there anymore. In her place was a wild pig tangled in Ms. Aronson’s dress and undergarments, squealing and colliding with desks in a desperate attempt to escape.

It was the day the adults disappeared. But it wasn’t just the adults, and it wasn’t just a single day. Anyone over fifteen was gone. And as they aged, teenagers vanished, replaced by pigs that ran biting and spitting into the woods. Parentless children rode bicycles through empty streets. Naked toddlers scavenged for candy in looted supermarkets. What was the use of growing up if, in the end, everyone became a pig?

Vikas raided their parents’ convenience store for food, flashlights, and batteries. Parvathi broke into a sporting goods store for handguns, rifles, and ammunition. If the new normal meant packs of wild children urinating in the streets and taking whatever they wanted, she meant to be on the right side of all arguments.

Though twins, they’d always been different. Parvathi trusted only her family and a good book. Vikas founded their middle school chess and cross-country clubs. He was known by and knew everyone. After “the day,” he kept it up—doing house checks to make sure the littlest ones were being taken care of, digging graves, establishing a neighborhood vegetable garden. Parvathi tolerated Vikas’s do-gooding, so long as he did it outside. That’s why she was so peeved when he brought what was clearly a dying boy into their home.

The boy was about their age but seemed a ghost already. Fingernails were peeled away from hands black with frostbite and he reeked of phlegm and flesh rot. While Parvathi disinfected everything and everywhere the boy touched, Vikas was at his bedside, spoon feeding him soup as if he was a baby robin fallen from the nest. And like a “rescued” baby bird, the boy died two days later.

That should have been the end of it. But after he’d buried the boy in the backyard, Vikas hatched his plan to take a dirt motorbike into the national park and climb to a glacier on the eastern slope.

According to the boy, on “the day,” he, his father, and a mountain guide had been on a three-person rope team ascending toward the mountain summit. At the moment of the transformation, the pig that was his father fell squealing into a crevasse. But the mountain guide had remained a man. The guide first pulled the creature up, then hastily cut it loose, in the process losing his footing and impaling his head on an ice axe. He crumpled into the crevasse, but his prostrate body got caught between the wall and an outcropping of ice.

“It’s a lie,” Parvathi said. “Or the dead boy was so scared he saw only what he wanted to see. When you ask the little kids what happened, some of them swear their parents grew wings and flew to Heaven.”

“He had no reason to invent a story like that,” Vikas said.

“He got a meal and a warm bed out of it, didn’t he? Maybe he was scared of dying alone.”

“There’s only one way to find out.”

“Why does it matter?” Parvathi asked. “Dead human. Dead pig. Dead is dead. We have enough dead right where we are.”

“What if we’re not as alone as we thought?” Vikas said. “What if somewhere else, or for someone else, life is going on the way it did before?”

Parvathi couldn’t let her twin brother go by himself. She had visions of Vikas offering food to ghoul-like children in a rural town and being beaten to a pulp. What if he broke his leg and never made it back? So she went with him, though both knew they’d probably find nothing. “The day” happened mid-winter. Now it was mid-summer. A little snow melt and the guide’s body would slide into oblivion.

Parvathi and Vikas made base camp at sunset, but both were too exhausted to pitch their own tent. Instead, they occupied the small dome tent that must have belonged to the dead boy and his father. The tent was well-staked out and a boulder protected it from the wind sweeping across the rock plateau.

Vikas was delirious with fever and he couldn’t stop shivering. Parvathi zipped their sleeping bags together and cradled him like the child she knew she could never have. She wondered if this was what it was to share their mother’s womb, pressed together, feeling each other’s every twitch, two heartbeats instead of one. How lonely and liberating it had been to be separated.

The next morning broke bright, clear, and warm. But Vikas’s fever hadn’t abated. The only way Parvathi could keep him inside the tent was to promise to make a solo ascent.

The way up had become slushy and treacherous. The snow creeped into Parvathi’s boots and melted, leaving her feet cold and soggy. It took her two hours to reach the place the boy had described with eerie accuracy.

The rope was still threaded in a straight line through anchors. But she discovered that they needn’t have worried about the ice melting and the body falling. The boy had tied off his end of the rope to a metal anchor. The line that fell down into the crevasse was taut but secure.

Parvathi lay face down on the glacier so she could take a good long look at the body dangling by the rope ten feet below. It had four legs and a snout. It was a pig corpse. Parvathi unsheathed her knife and sliced through the line.

Parvathi worried about Vikas’s health throughout her descent to base camp. If his fever broke today, would he be strong enough to begin the long trek down tomorrow? And then there was getting back to the city. They had a motorbike but had used all their gas.

“The boy was right,” Parvathi said. “A dead man. Unmistakably human. But my footsteps made the ice crack. The shelf gave way and he disappeared.”

“I told you!” he said. “Didn’t I tell you?” Vikas lay back in his sleeping bag with a wan smile of satisfaction on his face.

“You did,” Parvathi said. “Now rest. I’ll fetch snow to cool you down. If we stay here longer than a night or two, we’ll run out of food.”

Harold Taw is a novelist, playwright, and layabout multi-form writer. His debut novel was Adventures of the Karaoke King (Lake Union Publishing, 2011). His writing has been featured on NPR, in a New York Times bestselling anthology, and in The Seattle Times; his screenplay Dog Park garnered recognition in numerous domestic and international film festivals and competitions. Harold co-wrote a musical adaptation of Jane Austen’s final novel, Persuasion: A New Musical, which premiered in 2017 at Seattle’s Taproot Theatre Company and became the highest grossing show in the theater’s 41-year history. Harold is currently completing a novel about a turbulent adolescence in Southeast Asia, collaborating on a musical about parallel universes, and co-curating WordsWest Literary Series. A Yale Law School graduate and a Fulbright Scholar, Harold’s research and writing have been supported by, among others, 4Culture, Artist Trust, Centrum, Bureau of Fearless Ideas, Hugo House, Helen Riaboff Whiteley Center, Humanities Washington, Jack Straw Productions, and Wing Luke Museum. 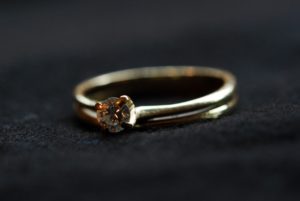 “Small and Tasteful” by Abby Johnson 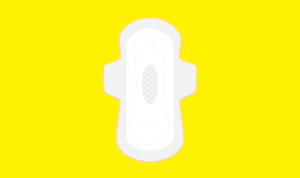