The following excerpt from The Dragon Lady is reprinted by permission of Bloomsbury. Copyright 2019 Louisa Treger.

I’ve spent a lifetime trying to forget, yet the smallest thing takes me back to the time the Dragon Lady was shot. I was thirteen years old and living on a forest reserve near the Mozambique border. My father, a naturalist and forestry consultant, visited her regularly, but it was the first time he had taken me.

Her house was long and low and painted white, with a turret on one side. It was like a castle in a storybook, unexpected and incongruous in a remote Rhodesian valley. The interior was all hushed, cool spaces and we had to wait a long time for the Dragon Lady to see us.

At one point her husband, Stephen, came to talk to us. He had a stern face, but there was a glint in his eyes while he spoke to Dad about the new trees he had planted. I had a boys’ comic tucked under my arm and he wanted to know why.

‘Cathy doesn’t like girls’ things,’ Dad told him. ‘She plays with tin soldiers and a train set.’

My father’s words caused a pang. I’d grown out of trains and soldiers a long time ago, but he hadn’t noticed. I was about to retort that I was too big for toys, but I saw Stephen was smiling; he found it funny. He left, saying that he had a meeting in town, but that his wife wouldn’t be much longer.

We sat in silence. It was hard not to fidget, and soon Dad suggested I go outside and have a look around. I walked onto the veranda and down a flight of steps, and found myself in a never-ending garden.

It was beautiful and eerie, not like a garden at all to me. My school friends had gardens with mowed lawns and tidy hedges. This was wilderness with paths and deep shade, dense with trees, ferns and flowering creepers. Under the spreading branches of an old cypress tree, I stumbled against a protruding object and nearly fell. Righting myself, I looked down and saw a moss-encrusted grave so small it could only have belonged to a young child. There was no headstone or inscription. The only decoration was a posy of white roses made out of porcelain.

A cloud slid across the sun, shrouding everything in a gloomy light. The wind came up, making the tree branches writhe back and forth. The dry rustling of their leaves was like a whispered warning and a chill snaked up my spine.Turning away, I hurried back to the house in time to see Dad and the Dragon Lady exiting the back door.

I stopped at the edge of the lawn to watch them. Her real name was Lady Virginia Courtauld – Dad called her Ginie. She was gesturing and calling to a gardener to show him something.Tall and thin, she wore a long- sleeved blue dress; her face was in shadow under a large hat.

Beneath the swish of her dress I could make out the infamous tattoo. It was this that had earned her the nickname Dragon Lady, though the creature on her ankle was in fact a snake: a savage thing, heavily inked in black, its head rearing up, jaws open, ready to strike. People whispered that it went from her ankle right the way up her thigh and no one but Stephen knew where it ended.

I had the vague impression that she was agitated or anxious, fidgeting and walking up and down; her voice was vivacious, fractured. I was used to observing my own mother’s unhappiness and I saw something there that reminded me of her.

The monkeys in the treetops started up a tremendous disturbance; shrieking and chattering, flinging down gourds from the oyster nut vines that split open as they smacked the ground, scattering seeds over the grass.

‘What’s bothering them?’ asked the Dragon Lady, shading her eyes with her hand as she looked towards the trees.

At that instant, a loud noise splintered the air. I only realised it was a gunshot when I saw the Dragon Lady’s body jolt violently and the garden boy screamed. She seemed to bow down and one hand went out as if she was reaching for something. She toppled over with a choked cry and I saw the wound in her side. Her body tensed and convulsed, her limbs sprawled gracelessly, blood spilled onto the ground.

For a few moments, there was an unearthly stillness. Then things moved quickly: my father was bending over her, his ear by her chest. He stripped his shirt off and pressed it to the wound, trying to staunch the bleeding. Blood poured out regardless, soaking through the fabric, a scarlet rosette blossoming grotesquely on khaki.

‘We must get her to the hospital – quickly!’

A servant came running with blankets and they lifted her, a limp shape wrapped in soiled blue wool, and hurried her away. Moments later, I heard the cough and rattle of our truck start up and speed off.

I leaned against the rough bark of a tree and watched a pair of red and green lizards darting through the grass. High above, a company of hawks circled in a flawless blue sky. With my teeth, I took hold of a ragged piece of skin at the edge of my thumbnail and pulled. It came away in a long strip. A drop of bright blood welled up in the cuticle and ran down my thumb, though I felt no pain.

I waited for my dad, but he did not come back.The light deepened and spread, staining the trees gold and casting stripes on the grass where it slipped between them. The glow lingered on the treetops, while the shadows of dusk began to creep over their lower branches. A bird called and crickets started up a low, persistent creaking. Two poodles appeared and made their way towards the house, agitated. They paused by the rust-coloured stain the Dragon Lady had left on the grass, sniffed at it and started to lick it. I realised that they were as forgotten as I was.

Louisa Treger, a classical violinist, studied at the Royal College of Music and the Guildhall School of Music and worked as a freelance orchestral player and teacher. She subsequently turned to literature, earning a Ph.D. in English at University College London, where she focused on early-twentieth-century women’s writing and was awarded the West Scholarship and the Rosa Morison Scholarship “for distinguished work in the study of English Language and Literature”. Louisa’s first novel, The Lodger, was published by Macmillan in 2014; her new novel, The Dragon Lady, is out now with Bloomsbury. She lives in London. 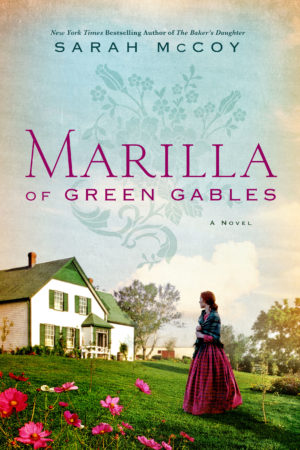 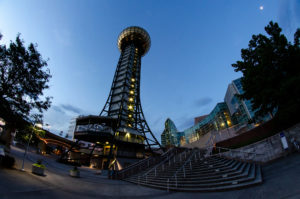