The people stopped fighting it a long time ago. They used to make a show out of securing their homes. They would barricade the doors. They removed family pictures from the walls and replaced them with photographs of famous landmarks, skylines of cities they’d never seen, and Impressionist paintings. They tucked their children into small holes in the wall behind the bookshelf. They hid them in secret cellars, and under loose floorboards. They harnessed them behind the furnace in makeshift contraptions.

Nothing surprised the Retrievers. It seemed the breadth of innovation when it came to concealing one’s own child had its limits. The Retrievers knew every trick and every secret hiding place, and had heard every lie, sometimes more than once on the same day, sometimes on the same street. The children were either safe or they were not, and every cycle they never left a house without the child they had come for. If the child was chosen, the child would be found and the child would come.

It’s been decades since anyone has resisted the Retrievers, not in any meaningful way at least. Occasionally, there’s a bribe offer, which they always reject, or a demand for proof of authority, to which the Retrievers respond by showing the parent the roster, leaving them to sulk, defeated in their doorframes.  Most just comply now. Fate is fate they say.  They watch as the van rolls down their street, and as it slows to a stop and the Retrievers exit, they clutch their child instinctively — a final protective measure before their fate is finally revealed to them. Then they whisper to themselves, “Not this house, please, not this house,” because that is all that they can do.

The Retriever peered out of the living room window. His partner stood by the van and smoked a cigarette. He hadn’t bothered to come inside this time. The roster said this house was one male, seventy-four, and one male, six. This pick-up should be an easy one.

The Retriever returned to the kitchen. He hooked his finger through the trigger-guard of his pistol and let it dangle by his side. He checked the time on the cat-shaped clock hanging on the wall. He had already been in this house for two minutes longer than he expected.

The Old Man was kneeling, hovered over the Child in the middle of the kitchen floor. He held out a chef’s knife with a shaky, nervous hand and kept it pointed directly at the Retriever’s midsection. The floor was checkered in black and white tiles. That it felt like they were in the midst of an intense game of chess felt a little too literal.

The Child lay curled in a ball, petrified, facing the Old Man’s knees. Still holding out his knife, the Old Man gazed at the Child, and with his free hand, stroked the Child’s hair. The Old Man was astonishingly flimsy. The Retriever couldn’t think of a single living creature that might be threatened by him or his shaky knife. He wanted to respect the Old Man’s attempt at bravery, but he wore it like a borrowed overcoat that was a few sizes too big. It was a depraved sort of helplessness. The Retriever had never seen anything more pitiful.

He glanced between the Old Man and the Child, and then around the entire space, buying himself time as he recalled the procedure for parental insubordination. Should he fight this Old Man? He had heard the stories from the old days, and even from when he was a boy. Resistance was always met with brutality. By the old standards, there should have already been chaos: broken dishes on the floor and tables overturned, gagging, clawing, kicking, screaming. He could shoot the Old Man, take the Child and be done with all of this. But he never had to use his gun before and he didn’t think he should start with an old man, or, at least, not this one.

“You’re a rock, boy. You’re going to be one of us once we get you right for it.” He’d never forgotten those words from when he was picked up all those years ago. The Retrievers found him behind a load of clothing in the dryer. He was eight. Many people were still fighting then.  He didn’t cry and he didn’t remember feeling scared. He knew, even at that age, that there was no use for either. His mother screamed as he was led to the van, even though she had been the one who warned him that he might be taken and that he needed to be strong. He supposed then that a screaming mother was just part of the process. When the little girl across the street was picked up during the previous cycle her mother made the exact same sound. The next day he saw her pruning hydrangea bushes in the front yard, while her husband sprayed down his Buick with a hose. He wondered what his own parents did after he was picked-up.

His partner honked from outside.

It was time to end this. He didn’t see why he should be standing here, reflecting.  He had a job to do.  He flipped his gun into firing position and aimed it at the Old Man.

“Please,” said the Old Man, speaking for the first time. “He’s all I’ve got.”

The Retriever cocked his gun.

“I don’t have time for this,” said the Retriever. He walked up to the Old Man, careful to avoid to the hand that held the knife, and pressed the gun to his head.

A single light bulb hung above the Old Man and the Child. It flickered, pulsing out a pale, orange light. He examined the Old Man now that he was so close to him. His hair was mostly white, spotted with a few flecks of black and gray. His own hair wasn’t so different even though he had to be at least thirty years younger. Instinctively, the Retriever ran his fingers through his hair. The Old Man looked up at him catching his eye, as if sensing his sudden moment of insecurity.

The Retriever decided that he hated this Old Man. It was an unfamiliar, yet acute sensation. This Old Man was turning things inside of the Retriever that he didn’t know was there or had long since been forgotten. Thoughts and memories and feelings that were meant to be left undisturbed in the recesses of his mind were now bubbling into his consciousness; it felt like the Old Man was toying with them. He couldn’t understand how the Old Man even knew those things were there.

The Retriever jammed his gun into the Old Man’s head. The Old Man placed the knife on the floor slowly and raised his hands. “Can’t you spare us?” he asked. “Please, just move to the next house. Take another child. Please.”

The way they selected the children was random. They picked two numbers out of a hat and any house with both a matching number and a child was visited. The route was finished when twenty children were in the van.

That morning the Retrievers had pulled a seven and a nine. They almost never pulled a nine. When he thought about it, it had been a few cycles since they had pulled a nine. This was house number 59. One male, seventy-four, and one male, six. There were only eight children in the van. The boy had to be picked up. Protocol was protocol.

A roach scuttled across the floor straight towards the Child. It crawled up the boy’s back and over him and disappeared into a small, dark gap between the Old Man and the Child. The Retriever was impressed with the Child for not so much as flinching.  It usually took months at the Location for children to become unfazed by rodents and insects. He remembered one particular child who was squeamish at the sight of ants and flies. Months later, he saw that same child pick a spider straight from the wall and eat it.

The Old Man leaned over the Child and kissed his hair. There was an unpreventable, and perhaps even, a natural affection that came with caring for a child, that much the Retriever understood. The unwillingness to let go, however, was something with which he could not connect. He never had his own children. It wasn’t part of his designation, but if he had, he figured he would know better than to let himself get too close, despite the affection. The parents cause their own agony by not putting up walls, he thought.

Still, that unease was winding through him, and he felt a pressing need to justify himself. “I’m just doing my job,” the Retriever said. “Don’t make this harder than it needs to be.” The words that came out of his mouth felt as though they weren’t attached to anything inside him, like they were drifting particles that appeared from nowhere and existed only to fill empty space.

The Retriever tapped the Child with his foot. He’d had enough of this. It was time to go. The Child’s body jerked forward. At least, he had confirmation that the Child was alive. There was no market for dead children.

“I can’t just let you take him,” the Old Man said.

“You only have two choices,” the Retriever said. “Option one, I shoot you and take the Child. Two, you let me take the Child and you live. You lose either way, but you both live with option two. That’s the only consolation I can give you.”

And that was the truth. There was nothing more he could do.

“I’ll never stop looking for him,” the Old Man said.

“You’ll never find him, but you’re free to do as you wish after you hand over the Child,” the Retriever replied.

The Old Man didn’t offer much resistance to the terms, knowing, probably, that everything the Retriever said was true. He had no leverage or recourse, and he was not, at his age and at his level of fragility, going to be the first ever person to find and rescue their Child from the Location. Instead, he leaned forward and whispered into the Child’s ear. That’s when the Child twisted around to face The Retriever and cried. Wailed. Loud and wet. The Old Man stood and lifted the Child up with him. He led him towards the Retriever and backed away.

The Old Man turned around, lowered his head and clutched the kitchen sink. The Retriever led the screaming Child out of the kitchen, out of the house, and into the van. The Retriever sat in the passenger’s seat and nodded to the driver. The driver pulled off. On to the next house.

The Retriever looked into the side-view mirror. The Old Man stood at the window and watched them as they drove away. He turned his eyes away from the Old Man in the window at house number 59, and instead took in his own reflection. He now found himself aggravated by the sight of his head full of gray hair, and decided that when he arrived home that evening he would shave it all off.

Rayna White is a lawyer and an emerging writer. She’s currently a contributor to FluentU — an awesome language learning blog — and her short stories can be found in eFiction Magazine, Liar’s League, and Flapperhouse. She lives in Queens with her super-hot husband and a cat that merely tolerates her.

"The Boss" by Aya de Leon 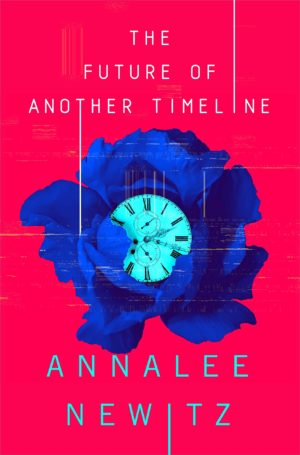 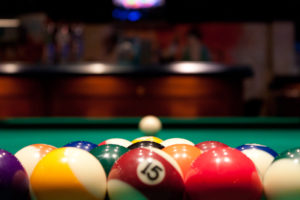 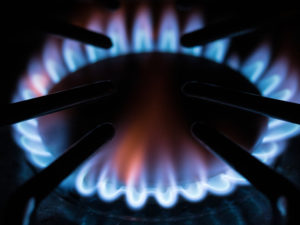