“Pieces of String Too Short to Be of Any Use” by Mary J. Breen was originally published in Fiction365

Pieces of String Too Short to Be of Any Use

Euchre always ends early in the summer because all of us have to be up by five. That night, Gord was tired so he just dropped me off. I knew Donny would drive me home as our place wasn’t far out of his way. I guess it’s high time Gord and I admitted that we’re getting too old for farming, but neither of us can bear the thought of giving it up. Not just yet.

I remember the sweetness of the night air after that fusty old church hall. The moon was almost full, and as I walked down the driveway, I could see Donny leaning on his old truck, ankles crossed, smoking a cigarette just like a gorgeous old James Dean. As I got closer, he signalled for me to follow him over to a ditch where a scattering of lightning bugs drifted over the long grass. A tiny galaxy of their own. Ever so slowly, he caught some between his hands and held them close for me to peek at before he let them go. Then he put his arm through mine, and walked me back to the truck.

“So where’s your new truck?” I asked. “I hear you bought one of those big ones with air conditioning and everything.”

“I’d have brought it if I’d’ve known I was driving you, Beth. I guess the truth is I’m kinda saving it. Foolish really, but I never had a brand-new one before. Kinda afraid I’ll break it.”

“You could get some of that plastic bubble stuff and wrap it all up safe. That wouldn’t look too silly.”

He chuckled as he held the door for me. “Ah, Beth,” he said, “you could always make me laugh.” He was still smiling when he got in on the driver’s side.

“You realize that kind of crazy-mad saving is a sign of old age,” I said. “You with a lovely new truck you don’t dare drive, and me with I-don’t-know-how-many sweaters and blouses and scarves still wrapped in tissue paper in my bottom drawer. Never wearing them, saving them, just in case.”

“Blame it on the Depression,” he said. “Our parents really learned how to save, and they taught us too.”

“And one day we’re going to wake up dead, and our kids will find out how foolish we were. That reminds me: remember my Aunt Ida out in Calgary? Well she died last month, and when I was cleaning out her place I found a box labelled “Pieces Of String Too Short To Be Of Any Use”! I’m not kidding. All of them really, really short but still she’d kept them! Why do we do this?”

He laughed again, shaking his head as he turned the key. The truck started up with a shudder and a lurch. “Here we are again, Donny. You and me in an old pickup with a bad clutch.”

“You know,” I went on, “just the other day I was thinking about those shoes I dyed blue to match my bridesmaid dress for Norma’s wedding. Remember how that damned truck broke down, and we had to walk in the pouring rain, and my feet ended up turquoise for weeks!”

We turned onto the County Line and drove along in what they always call “companionable silence” in books, letting the warm wind push back our hair like kids again, kids without a care in the world.

“So,” I said, “tell me how Eileen’s feeling. I hear she’s back home, and Tracy’s home to visit too. Must be lovely having her around again.”

The truck slowed to a crawl and Donny pulled over onto the shoulder, and turned off the ignition. “What’s wrong, Donny?” I asked. “Don’t tell me your truck—that we’re having another breakdown!”

“No, no, it’s not that. It’s—well—you see, Beth—” He stopped and took a deep breath. “It’s not good. Not good at all. We just heard Monday that the tests—Eileen had a bunch more done last week—and, well, the cancer’s spread. Bone. Brain too. They’ve let her come home, and they’re gonna try some more drugs, but the truth of the matter is—” he kept shaking his head, “—she’s not, she’s not gonna—”

Right away I thought of Gord and how scared I was last year when we weren’t sure what was wrong with him. He and the doctor thought it was his heart, but it turned out to be just a combination of terrible heartburn and terrible fatigue.

Donny half-turned towards me, and then quickly turned back. There were tears in his eyes. “Beth,” he said, staring at the dark road ahead, “do you remember how we always said we were meant for each other?”

I didn’t want to tell him that I don’t remember ever saying those exact words, but I do know that everyone—especially me—thought I was the luckiest girl in the county to be Donny Walsh’s girlfriend. He didn’t drink like most of them, and he was cute and funny and smart, and a big local hockey star. I went to all his games. “Gee, Donny,” I said, “that was, let’s see . . . almost forty years ago! We were just kids.” He didn’t answer. “What I remember is that I was going to be a missionary in darkest, deepest Africa while you learned to be a famous horse trainer, and when I got home, we were going to get married. God, we were so young!”

“Never mind that we were young, Beth. We knew. I did, anyway. And, well, you see, it’s never changed for me. I’ve never felt any different, that is, any different about you.” He took a deep breath. “I—I decided I would just come out and tell you.”

The engine kept ticking, and an owl cried suddenly out in the woods. I could feel my heart pounding as I tried to think of something good to say.

Donny went on. “Well, Beth, I’ve always known that if anything happened to Eileen, I’d come to you. I made a terrible mistake back then. You’re the one I should have married. But, you know, Eileen was pregnant, and you were already going out with Gord, and—”

Did he think all those years that my sweet, quiet, homely Gord was just a runner-up? That I missed first prize? Donny was a lovely boy, but Gord was already a man, even back then. And a very good man.

Donny sat there, perfectly still, his hands on the wheel, still staring at the road ahead.

I tried to pick my words. “I think you’re just feeling a bit scared, Donny, with the stress of looking after Eileen, seeing her in so much pain, not knowing what’s coming next.” Suddenly it was like forty years ago, me and Donny in his pickup, him staring straight out the windshield. I was astonished that I could still read from the set of his shoulders and the clenching of his jaw just how upset he was.

He reached into his shirt pocket for his cigarettes. Then he stopped and looked at me. “Still hate these things?”

“Yeah,” I said, unable to lie, “but maybe with the windows open it won’t be so—”

“I can wait,” he said and he threw the pack onto the dash. “I’m supposed to cut down anyways.”

After several minutes, I finally said, “Donny, it’s late. We should be getting home. Eileen and Tracy, they’ll be worrying.”

He started to apologize, but I wouldn’t let him. “No, no,” I said, “I’m glad you told me. I’m flattered.” And then my babbling nature took over, and I started saying corny, useless things about how we can’t turn back the clock, can’t second-guess our lives. He just shook himself, started up the truck, and drove off as if we were being chased by demons.

We didn’t speak the rest of the way down the Fourth Concession, and up the lane to our house, all dark except for the side porch light and the one on the stove. I leaned over and kissed Donny on the cheek and told him that we were still old friends, good friends, and nothing would ever change that. He just nodded. As soon as I got out, he slammed the truck into gear, and drove off without another word.

I only saw Donny twice more—once at the Co-Op where I was picking up some special feed for a sick foal, and another at the IGA. Both times, I know he saw me, but when I went looking for him he’d gone.

Eileen died that fall, and then Donny just four weeks later. Heart. Apparently he’d been due for bypass surgery for the end of November, but none of us knew that. The Friday before he died, Tracy called and said her dad was hoping I’d drop in sometime. We were off to see the grandkids that weekend, so I promised I’d stop by the first of the week. He died that Sunday morning.

Tracy wrote in the obituary, “Without Mom, Dad’s heart couldn’t go on.” And whenever anyone repeats that to me, I make sure I agree.

Mary J. Breen lives in Peterborough, Ontario, Canada. Her fiction and nonfiction have appeared in national newspapers, essay collections, travel magazines, health journals, and literary magazines including Brick, The Christian Science Monitor, Ars Medica, The Windsor Review, and Dropped Threads II; she was a regular contributor to The Toast. She has been an ESL and literacy teacher in Canada and overseas, a health worker, and a writer of easy-to-read health information including two books about women’s health. Now, among other things, she teaches memoir classes while trying to complete her own memoir. 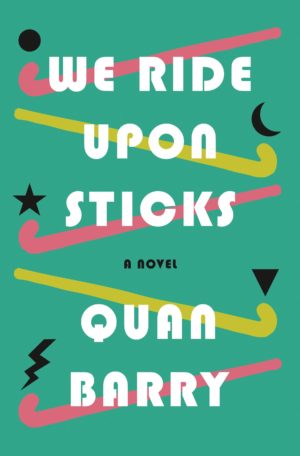 WE RIDE UPON STICKS by Quan Barry 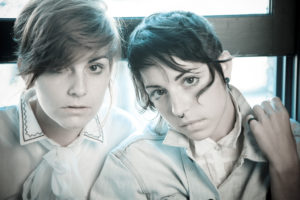 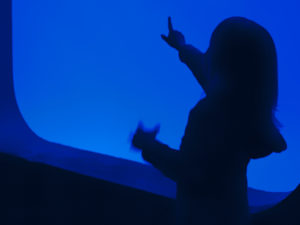 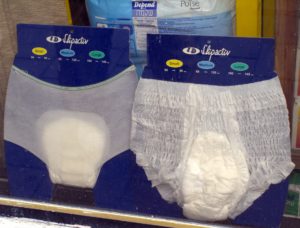