The following excerpt from Chimerica by Anita Felicelli is reprinted here with permission of the author and the publisher, WTAW Press.

When I woke the morning after Ross moved out, the house was silent. No sounds of our kids getting ready for school and racing up the stairs, no sounds of Ross banging pots and pans around the kitchen, and no whir of the coffee grinder before he brewed me a pot. My skull was throbbing and my tweed skirt was cutting into my stomach. Two bottles of wine into the night before, I had forgotten to draw the crimson drapes or change out of my work clothes. My laptop rested next to me on the bed, still open to a website about Malagasy lemurs. From the bed, I could see the sunlit green hills of Oakland, irregularly studded with sprawling houses and eucalyptus trees and wood sorrel. It was the same panoramic view to which I always woke, the same splendor, but I was alone. Again. As a child I decided I would never let myself feel as lost as I felt after my mother killed herself, leaving me with a workaholic father and a younger sister to raise. And yet, here I was again, waking up alone in a large too-quiet house.

Eager to throw myself into trial preparation for an all-consuming copyright lawsuit Turner v. Eustachio, I showered and slipped into other clothes. I blow dried and flat ironed my unruly black curls. When I padded down the hall to the kitchen, I noticed that the painting my younger sister Julie had made for Ross was gone. No huge loss as far as I was concerned—it had been one of her weirder, more colorful canvases from a controversial graduate school exhibit entitled The Existential Crisis of Brown Folk that left me speechless and mildly irritated—but there now was a darker-colored square where the painting had hung, where sunlight hadn’t bleached the walls, a square that reminded me of a day more than ten years ago when the house painters had left and our young, excited family moved into a new home.

In the kitchen, I started the coffee maker. Roasted coffee was slowly dripping into my ceramic cup when the phone began beeping and vibrating. I glanced at the text message. It was from Nick Evers, my lover and a named partner at the firm where I worked: We need to talk.

My palms started sweating with anticipation. I texted back: What’s going on? The last thing I wanted to do was talk, excavate what we meant to each other. Evers knew Ross had left—was he wanting to discuss moving forward? Part of me thought yes, he wants to move forward, I should move forward. This is new. This is someone who doesn’t already know how hard intimacy is for me—a chance for a fresh start. But the other part, the deeper part, suspected my kids blamed me for blowing up our lives together, and knowing they could be right, I wanted to burrow under the covers of my bed in shame. It was dangerous to speak out loud about this—about how I felt or how they felt. I was numb to being left, and I wanted to keep my emotions underground, wanted to avoid shining any sort of conversational spotlight on the subterranean things I knew were messy and irrational and overwhelming. Instead I told myself: nobody meets the right person at age nineteen, and at least you still have the comfort and thrill of work, and with Spencer’s support, the possibility of the biggest win of your career so far.

It was a minute before Evers replied to my text. I stared at the phone willing it to beep again. I had already poured a cup of coffee by the time it signaled a new text. I’ll tell you when you come over. Instead of answering right away, I took a swig of searing hot coffee, scalding my tongue, and waited another beat in order to seem as mysterious and aloof as him. I texted back: After work.

The phone beeped. We should talk now.

Mechanically, I laid out bowls for Tara and Mike and Ross. I was pouring my cereal when I realized with a start it was just one for breakfast. One is the loneliest and all that. I stared into my empty bowl. Its pale porcelain surface reflected my face, and with no work to focus me, the rage I’d been trying to suppress—at myself, at Ross, at how little I’d been able to accomplish in my life so far—flashed through me. I shoved the bowl off the table. It cracked on the floor. There was nobody for whom I was performing, so I left the pieces and the cereal where they had fallen to be swept up later. I grabbed a protein bar and my briefcase, and headed to the office, but in my rush to escape the gloomy, hollow silence of the home that had once meant so much, I forgot to text Evers back.

“Spencer wants to see you right away,” our brunette receptionist said as I strolled into the lobby. Usually I started working immediately, and met Spencer for lunch or an evening drink to talk strategy. Wondering what he could possibly want to discuss first thing in the morning, I hurried down the hall. Inside one of the offices, I overheard two junior associates speaking in hushed tones. The quietness of their voices, their smug, speculative cadences, caught my attention, and I paused to listen before passing the open door.

“Shocking that Evers got fired.”

“Can they do that to a partner?”

“It depends on what their agreement says …”

I continued toward Spencer’s spacious corner office at a slower clip. I should have called Evers back. I turned right into Spencer’s office. A short, broad-shouldered man in a crisp white dress shirt and pressed slacks, he was gazing out of the enormous plate-glass window that faced west onto the brick beacon of the Tribune Tower with its triangular cap, the pale mint-green of an oxidized penny.

Sunlight glinted off the gold type on the dark red leather of the codebooks and the glass faces of framed lithographs of California farmworkers and antique local maps that adorned the walls. On the front lip of his desk were items of hockey and football memorabilia and trinkets from grateful clients. One row behind these knickknacks sat a photograph of Spencer on the ice in his skates, with an arm casually slung around the governor’s shoulder. Both wore protective hockey gear: they were an alliance of two of the most powerful men in California, still in some ways a Wild West of reinvention, the last frontier of genius hucksters and lone gunslingers. Pride swelled in me—I belonged to a premier firm run by someone powerful—this was a place where anyone could be the star she was meant to be, even if she didn’t fit the script of what power looked like.

Before I could say anything, Spencer spun around, and started speaking, “Maya, eight years ago your father convinced me to bring you on board, to give you a chance. You know how much I respect your father’s judgment—he’s a hell of a lawyer. I thought, no problem. You’d last a year, then scurry out of this business as fast as you could, the way most of our associates do. But instead, you proved yourself as an associate.” He sat down and smoothed back his silvery hair.

Spencer crossed his arms and breathed deeply, as if he were holding back a violent barrage of words. His gentleness and restraint were entirely uncharacteristic and unsettled me—this type of care from him was far worse than a slap. “Let me finish. To no one’s surprise, you’ve proven to be a hard worker, one of our hardest workers. I was ready to recommend to the other partners we promote you after this case.”

“Thank you. You’ve been more of a father to me than my own father has. I appreciate the confidence you’ve had in me and I know I would never have come so far without your mentorship.” Perhaps I hadn’t been effusive enough about how grateful I was; perhaps I hadn’t suggested what was true—that the work I did at his firm was necessary, that it was saving me, that it gave me a place to belong. Did he need to hear that?

“Before your ethics were called into question, I thought this trial would be your last step toward making partner.” He rubbed his temples.

Ethics. A chill passed through me. They had never worried me because I saw Spencer had no qualms about them—he was sure of himself and I had trained myself to appear just as tough as he was. But I knew I’d committed any number of very minor ethical violations, so many morally ambiguous courses of conduct shading over into just plain wrong—all violations I could argue my way out of, of course—that I couldn’t really narrow down the possibilities enough to issue a plausible denial.

The room darkened; it was only the sun slipping behind a cloud, but my vocabulary contracted as the light pulled away. I could tell from Spencer’s gentle demeanor, he was talking about something corrosive. The affair? Must be. He didn’t even think I was worth the harsh criticism; he didn’t even see me as his equal. In all the time I’d spent being mentored by him, I never realized he saw me as less than him.

Anita Felicelli is the author of Chimerica (WTAW Press) and Love Songs for a Lost Continent (Stillhouse Press). Her essays and criticism have appeared in the San Francisco Chronicle, Los Angeles Review of Books, Slate, Salon, the New York Times (Modern Love), and elsewhere. She was born in South India and grew up in the Bay Area, where she lives with her family.

"Let Me Take You to Olive Garden" by Simon Jacobs 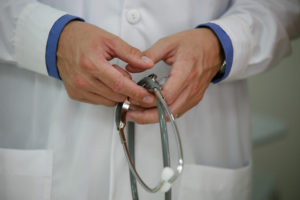 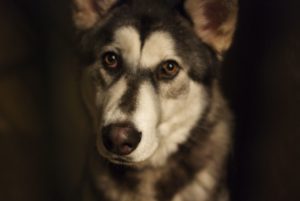