The Other Stories has 7.13 Books’ permission to publish “Dorian Vandercleef” which appears in Not Everyone Is Special by Josh Denslow

When you’re a failure at everything else, write a novel. That was the first line of my novel, spoken by Dorian Vandercleef – musician, artist, and social provocateur. My main character would never achieve fame, but I was confident this novel was my ticket to literary stardom.

I wrote the last few pages while staying in the garage of my periodic friend from high school and his obnoxiously nice family. Not a converted garage or anything. It was a sleeping-on-an-air-mattress-next-to-boxes-of-Christmas-decorations-and-two-empty-gas-cans-that-still-emanated-the-ghosts-of-fillings-past type of situation. My friend felt he owed me because my family had taken him in for a few months during our freshman year when his parents were going through a nasty divorce that involved private investigators, secret bank accounts, and a sex toy called The Mint Julep.

After some mild cajoling one night at dinner, I let my friend’s wife read my novel. She hadn’t struck me as all that insightful in our previous conversations, but she fancied herself an expert on the English language because she’d written the manuals that accompanied a popular brand of digital cameras.

That night as I slumbered in the garage (which at the time was the temperature of a meat locker), she shook me awake, her face dangerously close to mine. There was a moment when I thought she’d been so overcome by my prose that she was going to engage me in a bit of sexual escapades. I’m ashamed to admit that I wouldn’t have stopped her. But luckily for everyone, especially my high school friend, that’s not what she had in mind.

“How do you know Dorian?” she asked me urgently.

“I made him up,” I said with pride. “He’s a figment of my imagination.”

“I know this guy. Personally. He’s even writing this same book. Except his is in first person.”

“I know what first person is,” I said. “I’m just trying to figure out what you’re telling me here.”

She took a deep breath. “I’ve known Dorian Vandercleef since I was a girl. We even tried to date once in college. I’m the Tina in your book.”

I realized I hadn’t bothered to remember my friend’s wife’s name (or the names of any of his children) even though I’d been staying with them for a few days. And now she was looming over me, and somehow, even with my stunning powers of observation, I’d missed that she was exactly as I’d described Tina in the novel. Slightly plump with an alluring overbite and honey-colored hair that she tucked behind her tiny ears.

I sat up on the air mattress and my ass sunk all the way to the cement floor. “I don’t understand,” I said.

Which is exactly what we did. Right then. Using their family minivan.

When Dorian opened the door to his apartment (which I’d also described in my novel down to the lopsided number), I knew that everything my friend’s wife said was true. There he was in the robe from the downtown Radisson which I’d had him steal as a reminder of his conquest of the maid-of-honor at his sister’s wedding.

“What’s going on, Tina?” Dorian’s voice was just as mellifluous as I’d written on page three. His leather jacket was thrown over the back of the couch (page ten). The lamp with bird feet he’d found while riding a motorcycle across Bali was on dim (chapter six).

They were both staring at me like I was the weird one here. Had I become a character in my book? Or more frightening, was I now going to be a character in his? Standing there between them I was suddenly aware of my burgeoning double chin and the striking whiteness of my bare arms. I couldn’t help but think how we’d each write this scene and how unattractive I would become when reduced to words.

He wasn’t asking my friend’s wife; he was asking me. He wanted to know if I was going to make it into his book. Would I thrust his narrative forward?

I didn’t need to say anything. We all knew the answer. It was fine for me to write about Dorian because he was interesting whether he was in first or third person. But no one needed to write about me. I’d never been to Bali or slept with the maid-of-honor. I didn’t want Dorian to know my name. I didn’t want this moment to become memorable. I did not want to be part of his plot.

They were waiting for my answer. It was a test of my fortitude. I had to do something unexpected. Something that no reader would see coming.

My feet slammed on the asphalt outside Dorian’s apartment complex, but I didn’t slow until I was out of sight. Hunched over and gasping for breath, one thing was certain.

I had never, ever, meant to tell the truth.

Josh Denslow’s debut collection Not Everyone Is Special will be published in March by 7.13 Books. It contains stories that originally appeared in Third Coast, Cutbank, Black Clock and other fine places. When he’s not building elaborate Lego sets with his three boys (all under five-years-old!), he plays the drums in the band Borrisokane and edits at SmokeLong Quarterly.

"The City of the Sunsphere" by Andrew Farkas 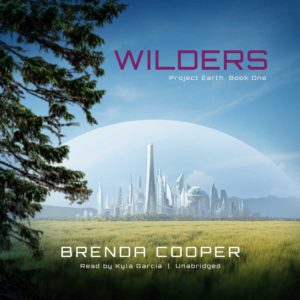 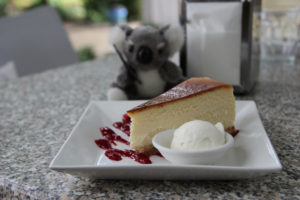 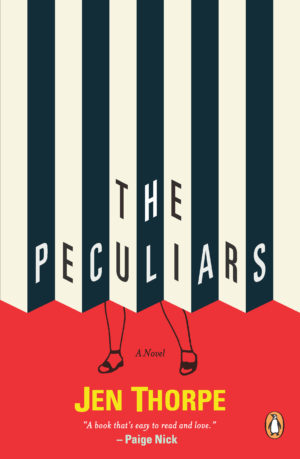 “The Peculiars” by Jen Thorpe