Chavisa Woods’ new book, Things to Do When You’re Goth in the Country: and Other Stories, is out now!

Trash gets into the body and forms it, molds speech and jawlines. It scars the skin with acne kisses from too many greasy-fry dinners. Just overhearing things like Guns N’ Roses and Bon Jovi rots the teeth and yellows the eyes.

Whippets turn the world into vague terms. My cousin and I had the same feeling about these days. So we went to the store at dusk all year and purchased cans of generic whipped cream, the aerosol kind. Then we went to the park. Then the sun would be setting. Then we laid down our sixteen-year-old trashy girl bodies on the merry-go-round. Then we pushed with our feet so that we were spinning. Then we tilted the jagged plastic nozzles of the whipped cream aerosol canisters to our lips. You don’t shake the bottle. You don’t want any cream to come out. Just the gas. We pushed the nozzle sideways and sucked. Inhaled. The nozzles have jagged tips for decorating. If you are dressing an ice cream sundae, the jagged edge makes the whipped cream wavy. It makes patterns, like stars. The gas creamed us. The gas cut stars out of our minds. Made us soft edges left over. The park was always blue-gray and empty just after dusk, and newly cool, and we spun, and everything hummed and became a vague terminology of dusk-glowing trees, cement, and swing sets. Our minds were creamy stars poking through the dusk, waving us goodbye.

It’s something about things that hurt, how they stay and shape the body. Things that you seek pleasure in when you’re trashy. It makes you tell stories like this. Like we were basically huffing glue, but it seemed sweet because it smelled like whipped cream. It makes vague terminology very appealing.

I looked different than my cousin while we were tripping from fumes on the merry-go-round. I looked better. Which meant I was. I liked to draw upside-down crosses below my eyes, like two sacrilegious tears ending above my cheeks. I wanted to draw Jesus there on them, a black silhouette of him hanging upside down. I drew upside-down crosses under my eyes and purchased a silver grill cut with upside-down crucifixes I wore on my three upper front teeth, and went around the country roads on my mountain bike when I was fifteen. I liked to go stand in the middle of cornfields in the autumn in a black bowler and trench coat and pretend I’d painted the sky, grinning my upside-down silver Jesus grill toward the pink sunset.

I was like a cat that way: staring at skylines, staring at ghosts. We liked to go to the haunted bridge in the next town over. Three towns away there was a haunted ditch, and in the country roads between Nashville and Hoyleton, Illinois, there was a haunted bump. You had to know exactly where that haunted bump was or you would never find it since it was on an unmarked black tar road with only trees on one side and a cornfield on the other, repeating for miles, and no markers. The knowledge of where that bump was got passed down to you from other people, and then you had to really memorize it before you showed anyone else, be taken there a few times, or else you’d end up at the wrong bump in the road late at night and try to do that haunted thing that we did at that bump, and it wouldn’t work, because you weren’t paying enough attention and parked your car on some other, ordinary, everyday, non-haunted bump in that road. And then nothing would happen. Then you would just be some kids sitting in a car near a bump in the road waiting in vain to be haunted.

I experienced the bump haunting three times. I went looking for it, seeking out a fourth haunted bump experience, but by myself for once, and instead I saw a UFO that I had to drive very fast to get away from, and I never went back to that haunted bump again.

The haunted bump haunting was a very mechanical kind of haunting. If you situated yourself just right, it would happen every time like ghostly clockwork. It wasn’t as finicky as my haunted bridge. The ghost of the haunted bridge would only come out very sporadically, and even when she did, it was debatable what had actually happened. This bump’s manner of haunting was not debatable.

The thing you had to do was park your car three yards past the bump and facing east. This situates your car sloping down a not very steep hill, front pointing downhill with the bump uphill behind you. It’s very important that you understand exactly what I am saying about the situating of the car, or else it won’t be obvious why what is about to happen when you do this is so scary.

Okay. So now you’re sitting there. You’re sloping downhill. Put the car in neutral. Turn it off. Leave it on. Either way. I usually turned it off so I could hear the cicadas for added effect. When the car is off and in neutral, it is natural that the car will roll forward, downhill. At first, it doesn’t move at all. For several minutes, it just sits there. But then, it starts rolling, backward, uphill, gaining speed as it goes, faster and faster, backward, uphill, in the middle of the dark woods, until it gets over that bump, all the way over by a few yards, and then the car slides off to the side of the road into the dirt shoulder. Then it stops. Then you’ve experienced the haunted bump.

What’s actually happening there is, a school bus crashed there in the sixties. Right there past that bump, and twenty kids died. The bus stalled in the middle of the road there and a drunk driver of a pickup truck crashed into it. The ghosts of those kids want to reverse their death over and over. Ghosts are very associative. So if you go there with any vehicle and stop where they crashed, which happens to be by that bump which is the only marker, they will come and push you back, then leave your car off to the side on the dirt shoulder, out of harm’s way.

I wonder how anyone found out about that haunted bump in the first place. It must have taken a lot of sitting around. There’s a lot of free time in the country.

My friends once tested the ghost children theory and went to the bump with bags of flour. They covered the car in flour and tossed it on the road there by that bump. Then they situated the car correctly for the haunting and sat in the car and waited. It rolled backward, uphill and all. The haunting worked as it did every time. Then they got out of the car and took out their flashlights, and they found children’s handprints in the flour that covered the car. About twenty pairs of them, and footprints in the flour on the road as well. Then they all pissed their pants.

Born and raised in a rural farm town in Southern Illinois, Brooklyn based writer Chavisa Woods is the author of three books of fiction: Things to do When You’re Goth in the Country; The Albino Album: A Novel (Seven Stories Press, 2013); and Love Does Not Make Me Gentle Or Kind (Fly by Night Press, 2009). Woods was the recipient of the 2014 Cobalt Prize for fiction and was a finalist for the 2014 Lambda Literary Award for fiction. She has appeared as a featured author at The Whitney Museum of American Art, City Lights Bookstore, Town Hall Seattle, The Brecht Forum, The Cervantes Institute, and St. Mark’s Poetry Project, and other notable venues.

"Bird in the Hand" by Kathleen Heil 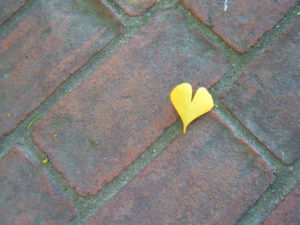 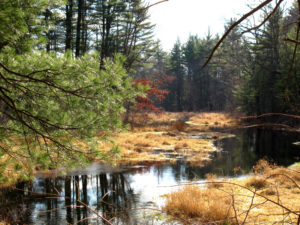 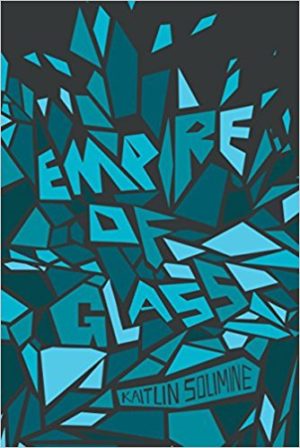