Oh the burn. That searing pain squeezing his thighs like a vise grip. The supreme feeling. The most validating. Even more affirming than the heaving sensation in his gut. A smaller gut these days. But still a paunch, folded over burning thighs as Danny pedaled fast and furious through the Vermont country side.

Danny had never been a big one for physical pain. But the past few months had changed that. Now he was a glutton for punishment, as long as it came via two wheels, multiple gears and a padded seat. Biking had become his thing. It might smack of mid-life crisis, but no question, it was a healthy outlet. Much better than a trophy wife or sporty car. Not that either of those were viable options for an overweight New York City public school English teacher recently dumped by his high-power executive wife.

The super steep Vermont inclines provided pure bliss. Now another magnificent hill was coming his way. Danny shifted expertly to proper gear. Like the little engine that could, he made his way to the top. I think I can, I think I can…

Four months earlier, on a tepidly overcast April afternoon, Danny trudged like a tired refugee towards the subway. Meg had planted the bomb two weeks earlier. Her actual words: It’s not working Danny. Our fighting is bad for Cody. You know it and I know it. I want a divorce. The subtext: I’m having the best sex of my life with Craig Gundersen. I’m not that interested in the whole parenting thing. I’m out of here, you fat fuck.

No question who Cody should end up with as far as Danny was concerned. What the courts decided was another matter.

Before descending the subway stairs, he lifted his eyes momentarily, hoping for a glimmer of sunlight, a ray of something akin to hope. It was then Danny spotted the bike, propped in the window of Urban Cyclist, front wheel slightly elevated, as if to create the illusion of flight. The Kestrel Talon. Maybe it was the name, the implication of speed and slice. Or maybe it was how the weak sunlight reflected off the bicycle’s silver metal while it barely warmed Danny’s disappointed soul. The Kestrel Talon gleamed. It downright beckoned. Danny hadn’t ridden a bike in fifteen years. The damn thing set him back two thousand bucks.

He trained every day. Got up at five a.m., headed to Central Park and did the loop, not just once, not just twice. By mid-May it was often ten times. Danny added extra workouts in the afternoons, snuck out of MS 115 like a cat burglar, skipped the useless faculty meetings, let his perpetually delinquent students off without detention. Why waste his breath?

All rides were cathartic. His earliest ones pointedly so. Danny’s cycling was feriocious, if uncouth and energy inefficient. His pre-divorce imagination went vividly wild. Danny rounded the 110th Street hill and left a long tar-and-pebbled gash across the sloping asphalt which he fantasized was Meg’s formidible ass. The downhill at 72nd Street provided opportunity to hyper-speed along the delicate bridge of Meg’s lovely nose. Danny broke it, deviated her septum. Snap, snap, snap. Ah, but the sweetest musing of all came at the southeast corner of 59th, where Danny pumped his brakes to gouge a repeated pattern along the meat of Craig Gundersen’s overrated cock.

Now it was August, with only a few niggling details of shared custody to work out. Danny had arrived at this remote corner of Vermont two days earlier with the Kestrel Talon secured to the roof of his Prius. He checked in to Olaf’s Country Inn, an old farmhouse with a few musty spare rooms near the back entrance. Tomorrow uber-parenting would begin again. Danny would be sitting in the outdoor Arpeggio Lake Music Camp Amphitheatre, trying to covertly swat voracious mosquitoes while his brilliant flute prodigy of a son trilled his way through Mozart. Last year Danny and Meg had come together, sitting closer to each other than they had in years. All for Cody’s benefit. Meg would’ve rather died. She complained about the heat, the uncomfortable, backless outdoor seating, the bugs, the humidity, the other parents. But it was Danny she most abhorred. Danny with his hairy, clammy thigh pressing against her wall of impenetrable smoothness.

But this summer, Danny was in biking heaven. Meg was out at Gundersen’s East Hampton compound doing God knew what. Danny couldn’t care less. He was in stellar cycling form. There was no more need for revenge riding now that he was such a cycling beast. No decline or coasting or resting before he got to the tippy top of this hill. Just. Going. For. The. Burn.

He crested the top and gave himself a silent cheer. No pause, just an easy coast down, taking in the sights. Danny passed beauty, he passed despair. To his left, gold flowers sprouted through the broken window of a derelict home. Vines with deep purple blossoms twisted around yellow hazard tape on a rusted, wire fence. To his right, a gorgeous green field was filled with abandoned car chassis. If Danny still wrote poetry, this contradictory Vermont landscape would provide inspiration. Better than teaching slow-witted eighth graders to churn out their own half-baked verse, that was for sure.

Danny hit a straightaway. Time to pour on the juice. He looked at the speedometer. 40 mph. Not too shabby. He couldn’t help wonder if Craig Gunderson was capable of such a feat. But why think of such things? Danny refocused. Speed was his priority.

There was minor obstacle just ahead, before another magnificent hill. A dog straining on a chain connected to a stake at the end of the straightaway. Imprisoned on a dusty patch of earth at the foot of a beautiful incline. Another countryside paradox. It looked like a mutt. But what did Danny know about dogs? He’d never owned one. His childhood had been petless. His Depression-era parents had had no extra cash floating around their Flatbush apartment to feed a mouth that wasn’t even human. Cody, of course, had always wanted a dog. But Meg was allergic, which was lucky, because Danny was a wee bit scared of dogs.

But Vermont dogs were tolerable, in large part because they were always behind fences, roped to mailboxes, leashed to barns. Or chained to posts like this one. They were shackled, while Danny was free.

The dog edged its front paws on to the asphalt. Toenails click-clacked like castenets as it lurched and howled. It was female, emaciated, but with a bunch of droopy teats.

Danny grunted as he did a clean little loopy loo around the poor, hapless beast. He moved onward and upward. The hill was mighty steep. Danny’s breath was shallow. His gut lurched. His heart pumped. And joy of joys, his thighs were killing him! Perfection, but for the continued, desperate yapping of that dog down the hill.

At the summit, Danny stopped to take a swig of Powerade. He took big gulps of the fresh Vermont air and told himself he was glad to be alive. He gazed behind himself, proud to survey where he’d come from. The dog stared up at him, quiet now. She knew her limits.

“Top o’ the mornin’ to ya, Ma’am,” he called to her with a jaunty and terrible faux-Irish accent.

The dog barked once. Then, with canine decisiveness, she bounded up the hill at quite a clip, the chain and upended stake clanging behind her like tin cans attached to a newlywed’s bumper.

Danny scrambled to reattach his cleats, his entire body quaking. He adjusted his gears and after a wobbly start, he careened down the next decline. His breath was shallow. His gut lurched. His heart pumped. But this was panic, not joy.

The dog raced closer, dragging that damn stake and chain. She was fast, for a scrawny little thing.

Danny willed himself to focus on the road ahead. The dog was gaining on him, galloping like a horse. She was so near, Danny could hear her wheezing breath. There was a gurgle and a catch to it. The dog was determined. Maybe desperate too.

The pothole was an unforeseen conclusion. While Danny flew over his handle bars he thought, who will cut the crusts off Cody’s peanut butter and banana sandwiches?

He landed with a dull thud. Bruised and scraped, but nothing severed. His extra poundage had cushioned the blow. Before he could get up, the dog was upon him, her paws pressed against his chest. She licked his cheeks, his lips. She slobbered all over his bike goggles, his helmet, his neck.

Her collar was so tight her dun colored fur puffed and swelled around it. Yellow crud coated her lower lids. Her breath was swampy and hot. The dangling teats were dried up, crusted over, spent.

Danny lay still, and let the dog kiss him. There was no need for any more fear. Eventually he reached up to unbuckle her collar. Underneath, the bare doggy skin was red and raw. She paused for a moment, registering this new sensation, breeze on flesh. She sniffed the air, considered the empty road ahead. Then she returned her gaze to Danny with eyes dark as tar, and started kissing him again.

Danny rolled out from under her. Instantly she leaned in to him, her ribs pressing against his sopping wet tunic. Olaf’s Inn was less than a quarter mile away. An easy ride. An easy run. There were no other guests. And there was that back entrance after all.

Cody had always wanted a dog.

“Do you know how to keep quiet?” Danny asked.

The dog looked up at him and blinked.

Alice Kaltman is the author of the story collection Staggerwing, the novel Wavehouse, and coming in Spring of 2020, the much anticipated mermaid fantasy,The Tantalizing Tale of Grace Minnaugh. Her stories appear in numerous journals including Hobart, Whiskey Paper, Joyland, and BULL: Men’s Fiction, and in the anthologies The Pleasure You Suffer and Feckless Cunt. Her work has twice been selected as Longform Fiction Picks, and was selected as a semifinalist for The Best Small Fictions 2017. Alice lives, writes and surfs in Brooklyn and Montauk, New York.

"Haiku on Skin" by Len Kuntz 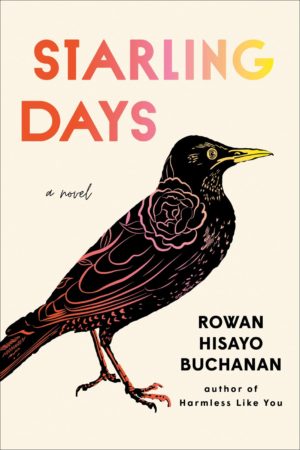 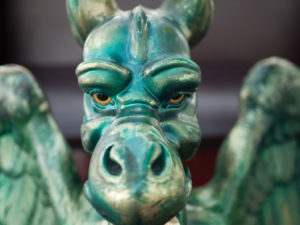 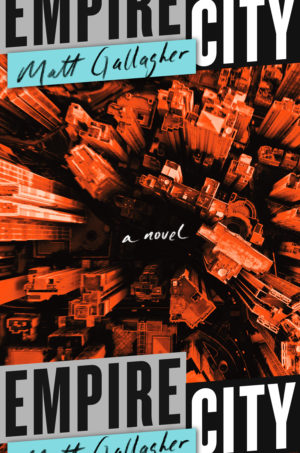