7.13 Books permits The Other Stories to use the following excerpt from Besotted by Melissa Duclos:

Love didn’t run around at night, searching the faces reflected in plate glass for someone she used to know. Love didn’t get her feet dusty, couldn’t tolerate the creep of grime up her shins, the slick of puddles on her soles. When Love stood quite still, as she so often did, she could feel the pull of mountains and rivers and half-constructed skyscrapers and eight-lane highways and movie theaters and the quiet parks with their untouched grass circling around her bowed head.

Was I scared of Love? Of course. In my experience she was overly forward and easily frightened, the cause of both self-doubt and delusions of grandeur. But maybe this time things would turn out differently. Isn’t that what people always believe?

I knew that left unrequited, Love could never be happy. But there were limits to what I could do to satisfy her. Love spoke softly, and so I tried to quiet the world around us. I stopped making plans to go out. No more drinks at O’Malley’s or Zapatas, Blue Frog, or M on the Bund when we were feeling fancy. No more dancing at Park 97 or Guandii. No more house parties with costume requirements. Fall edged closer to winter and I promised Love we would hibernate.

“Why don’t we go out?” Liz suggested more than once, but Love was too fragile to entrust to a crowd of expats. Liz didn’t go without me. I believed that meant something. There were afternoons when she brought a book to Starbucks to unwind by herself. But she always came home for dinner. Until one night she didn’t. I set the table for two, but the plate across from me remained empty. Love sat beside me, tapping a long fingernail against the oak table.

Eventually I cleaned up. There’s nothing more pathetic than a woman sitting amongst the detritus of a ruined dinner. I left the wine out, though. Drinking seemed my only option.

I had a mouthful when the door finally opened; I swallowed quickly, then hiccupped, and coughed.

Liz gave me a funny look. “Hi,” she said slowly, looking as though she expected me to pull a weapon from under the table.

She looked relieved. It was, I guessed, a normal thing for me to have said.

“Long day?” she asked as she sat down at the table.

“Weird one,” I answered, though I didn’t know what I meant.

“What did you do?” She looked around the room, as though there might be evidence of something.

“Just hung out for a while. Read a bit. Cooked some dinner.” Cooked you dinner, I wanted to say, but stopped myself.

“Are you boycotting restaurants now?”

I laughed nervously. “No. I’m sorry…” Even as I started the sentence I wasn’t sure how

it would end. “I wanted to make things homier around here, so you wouldn’t get homesick and leave.” It was plausible enough.

She laughed. “Don’t you think you should’ve asked me what I missed from home before you started trying to recreate it?”

“Okay, so what do you miss?” Say snuggling, I willed. Say secrets in the dark.

Liz’s long hair fell over her faces as she stared down at the table and I wanted to grasp it and pull it toward me. Her fingers tapped against the stem of her wine glass and I wanted to lick them, imagining they would taste like honey.

She didn’t tell me what she missed. “We should sit on the couch,” I suggested, interrupting the silence. I felt like a teenaged boy waiting to yawn and stretch my arms across my date’s shoulder. Ridiculous, but somehow it was working. She sat first and I followed, sitting close, leaving almost an entire cushion of the couch empty. She didn’t fidget though or look uncomfortable.

“Your hair is really beautiful.” I actually said that, and then waited for Liz to cringe and slink off the couch, back to her own bed, away from me and my creepy compliments. But she didn’t move. Or, she didn’t move away from me; instead she turned and leaned back, flinging her hair across my lap.

“Yes, very much,” I whispered, but she didn’t hear. She was drunk and laughing, had collapsed completely onto my lap. I was afraid to move, afraid to ruin it. I did run my fingers through her hair, though; I couldn’t resist. Liz closed her eyes and purred like a cat. I closed my own eyes, too, focusing on the feel of those strands.

It may seem that Love gets lost easily, wandering off after the aroma of pork dumplings, pan-fried and served steaming, or running frightened from the crash and pop of fireworks meant to scatter only old ghosts. Most of the time, though, Love stays put; if she seems lost it’s only because she can be hard to recognize.

“Have you ever been in love?” Liz asked.

I could’ve told her about Alice, whose gloss-coated lips turned me into a child with the sticky remnants of elicit candy around my mouth. After Alice there was Heather, who tasted of mushrooms sometimes, other times grapefruit; who rubbed peppermint lotion into my feet, up my calves; whose metallic green car reflected the sunlight off its trunk as she drove away.

“No,” I answered, because the truth was too complicated to explain.

“I have,” she replied, and I shrugged.

“Have you ever had sex with a stranger?”

I snorted. “I mean, not a complete and total stranger, ‘I don’t even know your name’   kind of thing. But definitely, ‘I just met you tonight and we’ve talked for an hour, and I’ll never see you again.’”

“I haven’t.” Liz wasn’t pausing for stories. “Have you ever had sex in public?”

I blushed, but Liz’s eyes were still closed, so it was okay. “Are we playing this game now?”

“Fair enough. Semi-public, I guess. Have you?”

I knew exactly what I wanted to ask. Two more questions and I’d do it.

“Have you ever had sex on a plane?”

I exhaled loudly. “Have you ever kissed a woman?”

“No,” she answered, and I could tell from the pause at the top of her breath that it was a different kind of no. “Have you?”

“No, but I’ve always wanted to.” This was a lie I shouldn’t have told.

“Me too!” Liz squealed and sat up. She was so drunk I wondered for a moment if I should stop the game. But I believed because I wasn’t a man, I had nothing to force on her.

“I suppose we have to,” I answered.

“Okay, wait.” Liz adjusted her posture, pulled her hair away from her face, licked her lips. “Okay, I’m ready.”

I leaned forward; Liz met me halfway. We pressed our lips together, softly: top lip on top lip, bottom on bottom. At first we didn’t move. She was like a child, playing at something she didn’t understand. And then suddenly she understood. Our lips parted and I pushed my tongue through until I felt the gleam of Liz’s teeth.

We separated a moment later, the kiss that satisfied the constraints of our game complete. We leaned in again. Have you ever kissed a woman a second time? Have you ever run your tongue along her jawline before pressing your mouth to the quick pulse in her neck?

I paid attention for signs of hesitation—a nervous laugh or a gasp that sounded more like terror than pleasure, a flinch or a pulling away—but noticed none. My fingers lifted her shirt slightly and touched her waist, tracing delicate patterns of curling ivy around her belly button. In response she ran her hand up the back of my neck, nestling her fingers around the roots of my hair and pulling, not so hard that it hurt, but it surprised me nonetheless. I was expecting more timidity from her.

“You should take this off,” she whispered, tugging at the bottom of my shirt, surprising me again. It was the first either of us had spoken since the game had ended. Or maybe this was still part of the game.

I felt the sudden urge to retreat to my bedroom, where the curtains blocked out the neon twilight shining through the windows. I wanted to bury us under my thick comforter—never mind the sweat—so we could feel but not see our bare legs pressing against each other, our soft bellies, our breasts. I was afraid to pause, to give her any time to question what we were doing, but I was more afraid of staying where we were. Though our living room was entirely private, our front door locked, I felt too exposed.

I took her hand and stood up. It could be a test—a chance for her to giggle and hiccup and tell me she was getting sleepy. But she hooked her finger in my belt loop. She followed me to bed.

Love remained curled at the end of the couch, slicked with sweat and shivering.

The next morning when I woke up, she was gone.

Melissa Duclos’s work has appeared in The Washington Post, Salon, The Offing, and Bustle, among other venues. She is the founder of Magnify: Small Presses, Bigger, a monthly newsletter celebrating small press books, ad co-founder of Amplify: Women’s Voices, Louder, a series of writing retreats. She has an MFA from Columbia University and lives in Portland, Oregon with her two children, small cat, and even smaller dog, and is at work on her second novel and a collection of essays about heartbreak and writing. Besotted is her first novel. 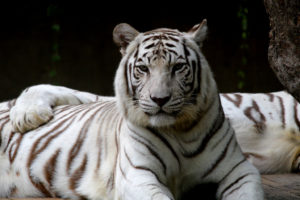 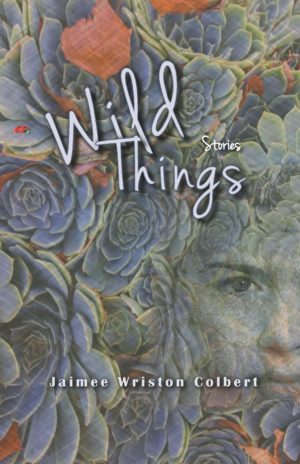 “A Kind of Extinction” by Jaimee Wriston Colbert 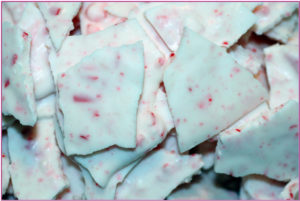 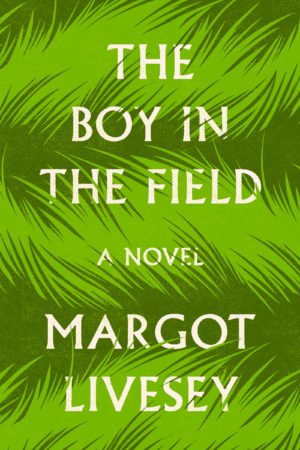