From her tiny kitchen emerged fat lidded tins, long foil trays, and clear crinkled bags of rock candy and nut brittles, lollipops and peppermint sticks. Inside the town limits of Pleasant Groves, Honey’s confectionary fame was firmly fixed. Still, each season, her reputation swelled like caramel spilling from a chocolate shell. Her recipes were always delicious and, her fans were discovering, often confounding. When Honey cheerfully refused to divulge her recipe for Butter Maple Nut Crunch to the Trumpeter Baptist Church Ladies Auxiliary, the group gathered in secret at Clarissa Bedford’s house just before Thanksgiving, intent on dismantling and then recreating the folds of its savory-sweet mystery in time for their annual fundraiser.

All afternoon, they measured and re-measured, stirred, taste-tested, and penciled careful notations in the margins of their wild guesses. At the finale of their collective project, they gathered around as Clarissa took a delicate bite and then another, chewed and rolled the sample around her tongue thoughtfully, then swallowed. The inner circle leaned in, awaiting verdict. Clarissa screwed up her mouth with dismay and shook her head no.

In the coming days, a small group split off and staged culinary vigils in the parish kitchen. A clique formed, headed by a woman whose husband worked for the Farm Bureau testing soil samples. Unlikely unions sprang in fertile loam that would only be salted later by failure and finger pointing. Finally, Patsy Lambert loaded a crew in her catering van and drove over to Honey’s house. They marched up the walk, climbed Honey’s steps, and knocked at her door. When the young woman answered, Patsy pronounced with authority, “Now, Honey, you know your grandma was the finest candy-maker on Sand Mountain. A handsome woman, both in profile and character.”

“Yes, ma’am, I know,” Honey answered modestly. She did not invite the cadre in. She had just set a pot to boiling.

“She was as generous as she was devout,” Patsy added. A single hair sprouting from her chin came visible in the late morning light as she set her mouth and raised her head, remembering the old woman’s battle to ensure Pleasant Groves remained dry when an Episcopal mayor tried to weaken its foundations with wine.

Honey knew her grandma could have sold that patch story quilt for hundreds of dollars anytime, but the woman had stored it away in Honey’s hope chest because the girl loved it so. “Grandma was a giving soul.”

Patsy’s forehead gathered. If Honey was going to be so agreeable, she was at a loss as to how to negotiate. She blurted, “How do you make your Butter Maple Nut Crunch?”

Honey pretended to be shocked. Finally, she said, “Honestly, you just need patience. You have to be able to wait for the sugar to reach the right temperature.”

The group barely exhaled. There were only the chickadees calling, hey sweetie and dee dee dee dee. Honey shrugged. “If the temperature is just right, the candy sings when it cools.”

To Honey, the sound of hot sugar as it cooled into hard candy was not unlike icicles melting, falling from the barn eaves to splinter against troughs warmed by the breath of horses, or ice in a glass when she poured just-brewed tea. Each crackle was rhythmic; together, they were a melody too. Honey found great dignity in this symmetry. She was reveling in its mystery when Patsy May sunk back on her heels and croaked, “It – sings?”

Honey raised her palm to stop Patsy May right there and said, “Yes, but you’re getting ahead of yourself.”

How could she translate her inimitable artistry behind candy chemistry to this group gathered before her? The magic was in the watchful wait, the postponement of pleasure that sent others biting their nails and peering tensely into the sweet rolling steam. It was the agonizing ache for fulfillment, she knew this. The wait was the final test of a recipe’s exactitude. Its arrival, coda for a job well done. Between the two – well, that was art. “It’s the temperature you need to be concerned about first,” Honey said, her eyes widening at you. She surveyed the posse standing on her front step.

Without a word, she looked over at Shirlene Jones. Under Honey’s placid gaze, Shirlene blinked nervously. Honey knew that Shirlene played cornet and once admitted her dream of leading a Dixieland jazz band. Honey considered that to Shirlene, she might describe the wait as standing in the ditch by the high school in the dazzling glint of the horns, awaiting the bray of a marching song and the disciplined formation of the band in the July 4th parade. Perhaps.

Honey uprooted her gaze and settled on Viola Mize, who coughed and picked at her earlobe. To Viola, whom Honey knew was running around with her shift manager at Pizza Hut, it was the low ache of longing for the caress of her lover as she took and he baked pizza orders for a line five people deep, too many hours away from stripping naked in their nest by the creek. Maybe. Honey touched Viola’s arm with sympathy and turned to study Jean Petty.

Jean had been in Alcoholics Anonymous now for going on six years. Honey never took a toke of smoke, had swallowed nary a drop of champagne. Honey considered that she might describe this integral part of the candy making process to Jean as the first tavern along Route 131 out of their dry county when Jean was on her way to Birmingham and shouldn’t couldn’t won’t stop in for a cold taste of just one glass.

Honey bristled with frustration. It really shouldn’t be so complicated, so psychological. Honey viewed the wait – obedience to the whim and lark of sugar – as a simple and necessary step in careful confectionary procedure. Even the sublime, Honey believed, could be reduced to a clean equation.

The ratio of Karo syrup and Dixie crystals to Honey’s will of steel was incalculable, since Honey herself was inscrutable. When she finally took pity on her visitors, she announced cryptically, “Equivalence entails migration of time.” Each woman in the foursome exchanged looks, suspicious that the others understood what she did not. Honey put her hands on either side of the door and began to turn away to indicate she had to go. Viola pictured her lover’s smile as she brought him a platter of maple candy. She asked, “Is there anything you can tell us about this – singing? Some advice?”

Honey turned. “When the candy cools, if the temperature has been perfect, it makes the most -” She closed her eyes and seemed to shiver. “- enticing music.” For a moment, she stretched her arms out like a conductor. She stopped suddenly: “But if it’s too hot or too cold…” Without finishing, she folded her arms beneath her breasts. “And you just won’t know until you’re listening for that sound,” She shook her head ominously, “when it’s too late to go back.”

As a consolation prize of sorts, Honey recommended that they use a certain brand of candy thermometer, even though she never did. Hers was a singular endurance. With understated imperiousness, she admitted, “It ain’t easy, I know.” She shut the door on their inquiry.

In measured tones, Honey had skirted the fact that she now pronounced rich-voiced to the gingham curtain as the women disappeared down her steps: “Y’all just don’t have self-restraint.”
Honey liked to think it was a mélange of blessing and birthright, inherited from her grandmother. During the big war, grandma had set aside her sugar rations each month so that by December, Trumpeter Baptist would have enough to make Christmas candy for the boys. Honey smiled at the woman’s photo framed by the coffee hutch. Reminded of her unique and unqualified calling, Honey returned to her stove and said to the spoon: “Patience.”

Cesca Janece Waterfield is the author of Bartab: An Afterhours Ballad (Two-Handed Engine Press). She graduated from McNeese State University with an MFA in Creative Writing and is at work on a nonfiction collection about the connection between domestic and institutionalized violence, how art and literature offer solace in such cycles, and the rich tidings that can arrive from surviving pain. She received the 2017 Editor’s Prize in Fiction from MARY: A Journal of New Writing, judged by Natalie Baszile, and her work has been nominated for the Best of the Net. She teaches composition at the University of Wisconsin-Milwaukee where she is studying for a PhD. A musician, Cesca once met Willie Nelson in a restaurant named ‘Cesca. Follow Cesca on Twitter! 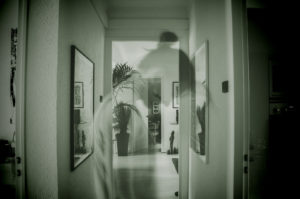 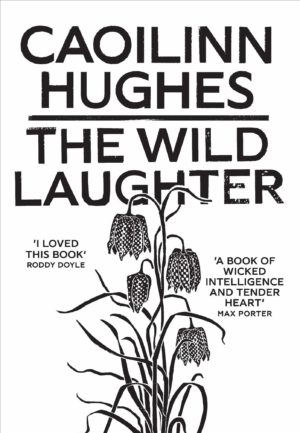