Welcome to The Other Stories podcast. This is your host, Ilana Masad, and today I’m speaking with… well, no one but you, listeners. Last week we aired the last interview from The Other Stories for a while, maybe forever, and starting today, we’re going on an indefinite hiatus. Before I say goodbye for now, though, I want to wrap things up a little bit.

I started this podcast in the last days of 2014 because I missed talking to writers. I had just graduated college a few months before, podcasts were still kind of a hot new thing, and I wanted to make a space where writers without a platform could share their work and engage in conversations as deep as the ones they might have had in their MFAs or undergrads or with their writing groups or only in their heads. I wanted to be a kind of Terry Gross or Deborah Treisman for emerging writers.

I don’t know if I succeeded at that—I don’t think I’m nearly polished enough—but I do think that a ton of amazing conversations happened over the last five years since the show launched in April 2015. Some numbers: We’ve aired 272 episodes, which means we’ve featured at least 280 authors (a few episodes, our attempts at live ones, featured multiple writers), some of whom had never published their work before, others who were well-established.

We’ve always been a tiny team—myself, Mike Cahill our inimitable producer and composer, and a rotating cast of wonderful interns. I know this show and my work failed in many ways—including rarely being able to pay those inters, the tremendous delay in getting back to people about submissions, a website that is not nearly as updated as it should be—but I think that we succeeded in many ways too. Over the past few months, since the start of the pandemic, in fact, our listenership grew! To any of you who are newer to the show, and to those of you who are longtime listeners, I want to assure you that our back catalogue is not going away. The site will stay up as will the hosting for the audio itself, so there’s a vast catalogue of weekly episodes you can dive into if you wish, more wonderful stories and novel excerpts you can explore.

I’ve chosen to go on indefinite hiatus for a few reasons. First, the failures I mentioned, and others, have been weighing on me for a long time, and there are enough things I don’t know how to fix that I’d rather quit while I’m ahead, before those failures begin to weigh too heavily on the show itself. Second, and more to the point, I’m tired and burned out—not due to this show but due to my terribly work-life balance in general—and I want to stop before resentment might creep in. Third, and this is a bit of a silly reason, about a year after we launched another podcast out of the UK started up and it’s ALSO called The Other Stories, which led to much confusion, especially as they became very popular and so we got a lot of queries from people trying to reach the horror-and-sci-fi-narrated-stories podcast rather than the -all-fiction-of-varying-genres-interview podcast. Check that show out if you’re into horror and sci-fi though! Finally, there are so many things I still want to do and so many places I want to put my energy, and so it’s just time for a change.

It’s not without a lot of sadness and grief that made this decision. But more than anything, I’m grateful that we were able to do this for so long. You all kept it going, really, with your support and enthusiasm. Thank you, each and every one of you, for listening, for submitting, for being guests on the show, for being supporters and champions of it. It’s been so good sharing a space with you.

And now, for the last time in a while, we are The Other Stories podcast. Our composer and technical director is Mike Cahill who also puts out music on Spotify under the name Catlofe – cee ay tee el oh eff ee. Thank you for listening, have a great week, happy holidays, fuck the patriarchy, dismantle white supremacy, eat whatever you want, and love each other. Peace. 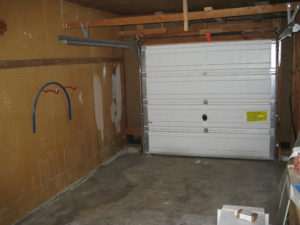