There was a goth girl in front of my locker. Or, more accurately, she was by her locker and trying to get it open, but completely blocking access to mine. She wrestled with the combination a few more times before banging on her locker, as though that would help open it up, her teased-out dyed-black hair moving stiffly in time with each loud thump of fist-to-locker. Under her white pancake makeup, her cheeks were red from the struggle.

“Excuse me,” I said politely, trying to maneuver around her so I could open my own locker and grab my stuff for physics. Mrs. Breaux didn’t accept late work. Last week, she’d even assigned us extra work to keep us occupied while school was canceled for three days during Hurricane Andrew. Thankfully, the storm didn’t damage Baton Rouge too much—not like Florida, and some of the parishes closer to the coast—but I still had to finish my homework by the light of a battery-operated hurricane lamp. Mrs. Breaux told us that it was light enough during the day, and daylight hours provided more than enough time to get homework done. She didn’t care that most of us had to help our parents clear up yard debris during the day.

So if Mrs. Breaux didn’t give us extra time due to a hurricane, she wasn’t going to care that I couldn’t find my homework folder on a random Friday when the weather was sunny and clear.

“Oh, hey, Red!” The girl turned to me with a bright smile that clashed with her almost-black lipstick and crinkled the corners of her eyes, where eyeliner swooped out like the Death character from Neil Gaiman’s Sandman. Her full-on goth look was a little outside what anyone could normally get away with in terms of hair or makeup, but the girl’s perkiness overrode any sense of the supposed darkness within.

“Hey…?” I didn’t know how to finish the sentence. Karen? Kandace? Kelly? What was her name? I vaguely remembered her from last year, pre-goth, but the transformation had overridden most of her identifying characteristics.

“Wisteria,” she answered, rocking back on her heels with a nod of finality.

That one was definitely made-up. Like all the goths’ names.

“I’m Athena.” You would have thought my name was made-up, too. But, no, my mom had definitely embraced her love of the classics when she named Helen and me.

“Oh, I know,” she said brightly. “I just like your hair.” At least someone besides Melissa did. Helen said it looked like I’d been assaulted by the Kool-Aid Man, and my dad had just shaken his head when he saw me get off the plane from Eugene with it freshly dyed red.

Wisteria looked back at her locker. “D’you have any idea what’s wrong with this thing? I never had any trouble last year?”

She said everything like a question, a trait I didn’t normally associate with goths. Then again, I hadn’t spoken to most of them. They tended to hang out behind the school smoking clove cigarettes and practicing sullen ennui.

I suspected Wisteria’s lack of trouble last year came from not actually locking her locker, as most people didn’t. I also suspected her current troubles came from Melissa, who liked to mess with people by casually twisting locks as she walked by. Wisteria’s proximity to my locker was a dead giveaway.

“Do you know your combination?” I felt obligated to help, since Wisteria’s struggle was most likely my best friend’s fault. We didn’t have much time between classes, but I couldn’t just bounce off to next period and leave her to suffer.

She nodded. “Yeah, but it just doesn’t work.”

I was going to have to get back at Melissa for this one. Messing with people’s lockers seemed a lot less funny when it was causing stress to someone who seemed like she didn’t deserve it. Not that anyone did, really.

“You need to twist right twice before your first number,” I told her, “then twist left past zero to your next number, and then right again to the last number.”

Wisteria tried again after watching me open mine. “It worked!” She jumped up and down enthusiastically. “Thanks!”

“No problem.” I grabbed my stuff for physics and shoved my religion notebook and calc binder into my locker.

Wisteria paused for a second and squinted at me curiously. “Uh, Red?”

“Mmm-hmm?” I half listened to Wisteria as I continued to search through my locker for my physics homework, which seemed to have gone missing among the chaos of my possessions.

“Uh, this is super awkward, but, I wanted to thank you and Melissa for all your pro-choice activism this summer?” Wisteria said, leaning in so that her voice dropped to an enthusiastic whisper. “It’s a really big deal? Because no one in this school gets it?”

I stopped my search for my physics folder and turned to give Wisteria my full attention. Two things confused me about this conversation: first, I’d had no idea that Wisteria was pro-choice. In theory, I knew there might be other prochoice people at our school, but that theory was, until now, unproven. The second puzzling thing was that she had no real reason to thank me.

Everybody knew about Melissa’s work on the front lines, but I couldn’t take credit for being a badass when my contributions to the pro-choice cause had maxed out at writing an essay for the zine Melissa handed out at the protests and buying a Rock for Choice T-shirt via mail order. Oh, and I also considered keeping Helen away from the protests as part of my civic duty.

I shook my head. “You’ve got it wrong. I totally support Melissa, but I was in Eugene at my mom’s all summer.”

“But your sister?” Wisteria looked at me with a face that mirrored my own confusion, tilting her head to one side and scrunching up her face so much that the curlicue eyeliner crinkled in on itself at the corners of her eyes.

“Helen was in Eugene with me all summer?” Now I was doing the question-voice thing, too, and tilted my head to mirror hers.

“Oh. Oh.” Wisteria’s eyes widened with an epiphany that I clearly wasn’t in on. “Never mind? I think I was given some bad intel?”

Okay, now that my sister was in the mix of a sentence involving “bad intel,” I needed to know what it was. I suspected it had something to do with that weird interaction between Leah and Helen almost two weeks ago, but since then, Helen had clammed up whenever I asked her about it, saying it was no big deal. She eventually resorted to putting on headphones and playing CDs on her Discman during Hurricane Andrew’s landfall so she wouldn’t have to talk to me. Then she’d ignored me all weekend, saying my cello practice was annoying her, and wound up going to her friend Sara’s house. Whatever was going on, she didn’t want my help.

“Wisteria, can you please tell me what you heard?” I pleaded. I wanted to be patient, but it felt like Wisteria had an aversion to being direct. And while it wasn’t Wisteria’s fault that I felt so in the dark, I’d had enough of being the only one who didn’t know what was going on.

“Really, Red, I think I just got confused,” she said with a hesitant smile. “I wouldn’t worry about it if I were you!” She paused again, and her smile faded. “It’s just—I heard that you and your sister were more, like, involved with the protests than that. Like, you may want to talk with your sister.” She widened her eyes with emphasis, like I was supposed to understand.

“Oooh-kaay.” I shrugged my backpack up on my shoulder. I usually let Helen fight her own battles, but this seemed serious. After school, I’d check in with her to see if she was all right.

Elizabeth Keenan lives in New York City with her husband and small colony of well-behaved cats. She has a PhD in punk rock, which is as good/bad/cool as it sounds and resulted in lots of academic publications on punk and indie rock, third wave feminism, and gender and sexuality, including the most-downloaded article of all time at the journal Women and Music (which is both impressive and brought her zero dollars). She has been interviewed as an expert about grunge for CBS, about Riot Grrrl for NPR and Vice, and about third wave feminism for The Establishment. Her first novel, Rebel Girls, will be published in 2019 on Inkyard Press. When she’s not writing, she generally spends her time running along the Hudson and helping people navigate the terrifying waters of NYC real estate, because real artists have day jobs. You can follow her @badcoverversion. 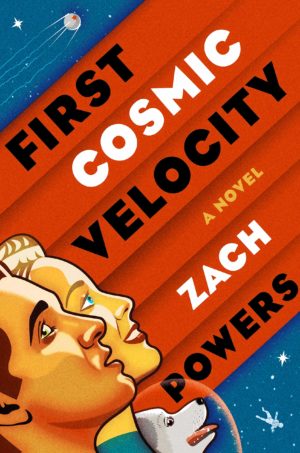 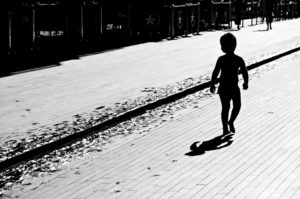 “The Word for Cigarette” by Jess Charest