The deejay was Martin Q. Blank—at least that’s what he called himself, after some character in the movie, “Grosse Point Blank,” played by John Cusack.  We bet most of his listeners had never seen the quirky comedy about a professional assassin, so they thought that was his real name and felt sorry for him—a last name so completely lacking in identity.  And what’s with the Q? Quentin? Quarantine? He said it was just Q, plain and simple.  But we knew better.

We were the faithful listeners of his Nighshift show on Friday nights, from 8-11 pm, which tells you a lot about what we weren’t doing on Friday nights. He started each show by playing only seventies tunes, then switched to eighties at nine, then nineties and newer at ten.  We had our favorite hour and some of us were in bed before eleven, but most of us hung in there for the whole show.  We’d call in requests and Blank would make a big fuss:  “Just got a call from a regular Nightshifter in (fill in the blank)!”—the station was in Kent County High School, but the signal reached across the Chesapeake Bay to Baltimore and the surrounding area.  So we all got to know each other in a symbiotic way, waiting religiously each Friday night for the update on Baltimore Joe who spoke in alliteration, or Glen Burnie Mike who was a taxi driver and had recently been robbed at knife point.  And then there was Babbabooee, a co-worker of Blank’s at his full-time gig, who made local-flavored cupcakes, like mulberry mint, while she listened in; Blank worked the night shift at an assisted living community, riding a golf cart around the facility grounds, providing some semblance of security—we all knew Blank was incapable of intimidating or hurting anyone.  He was that kind of guy.  Soft all-around. And we imagined him looking that way, like an overgrown Pillsbury Dough Boy.

For all we know he may have made us all up. He never aired our voices on the show, and none of us ever asked to be aired—there was something about the anonymity of it all that appealed to us. But we were as real to each other as real gets, sending out songs to each other in the night:  “This goes out to Baltimore Joe from Matt and Gloria in Galena.”

It went on that same way for years, until “She of the Husky Voice” called in.  Blank would get more than excited when she called; his already high-pitched voice going up a notch, his words stumbling over each other:  “Yes, my babies, it was She again calling in.  The one and only She of the Husky Voice.”  We, of course, never heard her voice, only the way he described it to us—like the sound of a gravely back road.  He had talked of other girls before, but in a jocular way, a way we knew he wasn’t serious, like his jokes about being attracted to men—about getting boners after some of us guys called in.  And then he’d play his recorded loud belch. But this was serious. Blank was smitten.

For all we knew “She of the Husky Voice” could’ve been a man.  It all could’ve been some big joke on Blank, maybe one of his friends on the outside, or one of the old-timers in the community where he worked. We imagined a gang of them sitting around the radio laughing their asses off when one of them called in each week. But, for Blank’s sake (and ours), we took it seriously.  We wanted him to have a life, to materialize out of the darkness.

He was in his early thirties then, but we suspected he was still a virgin.  He never went to parties, he said, or bars; in fact, he didn’t drink. We imagined he spent his free time watching  strange, cult movies alone, over and over. He knew all the lines and sometimes he’d play all the songs from those films—like the eighties songs from Grosse Point Blank (though he was careful to never say the name of that movie on air, so as not blow his cover):  “Blister in the Sun,” “Mirror in the Bathroom,”  “Let my Love Open the Door”. . . And he liked TV shows from the eighties—he treated us to Miami Vice night on occasions, playing only songs that were played on that show.  In short, he lived his life through those past movies and TV shows.

So here was his shot at a real life.  A real girl in the here and now. We encouraged him to ask her out, gave him suggestions for where to take her, how to run the bases.  We didn’t know what she looked like, but we had a collective idea:  long dark hair, willowy, yet well-endowed.

Here’s how we imagined the first date going down:  Blank comes to the door with a  bouquet of flowers from Matt and Gloria’s flower farm in Galena.  He’s wearing jeans and a button down shirt, not too formal, not too casual, and She answers the door in jeans and boots and a tight-fitting, plunging sweater.  Blank’s voice gets stuck in his throat, but he manages to squeek out a greeting.  And She answers in that husky voice (we still  don’t know her real name), “It’s so wonderful to finally meet you,” placing a hand on his shoulder, kissing him on the cheek. And this is where Blank could draw her closer and plant one on her, but it’s too soon in the story.

In the car they chat about their favorite bands, like they always did on the phone (Blank doesn’t know anything personal about her yet, or she about him).  We encourage him to start out innocuously with her favorite color, movie, dream vacation, and then move on from there to more personal matters later on in the date: past boyfriends, marriages, children. . . He finds out that her favorite color is red (hot), her favorite movie is Pretty Woman (hotter), and her dream vacation is a topless beach in Bora Bora (hottest).

In the restaurant (we have suggested Luisa’s, an Italian restaurant) they are seated at a small table for two by the window with a view of Dollar General.  She orders a glass of Merlot and Blank orders a coke, though we all suggested he order a drink, drink, just to sip on, to loosen himself up (we suspect he’s not an alcoholic, just afraid of letting go).

After they order their food (Blank orders spaghetti and She orders chicken parmesan) things get a bit more intimate.  Blank gathers the courage to aks her about her family, and she tells him that she’s part of a huge gypsy family, that they used to travel together, but now she’s on her own and looking to settle down.  This makes Blank squirm a bit.  He tells her his parents divorced when he was a kid, that his father died of lung cancer several years ago, and he lives with his step-mother now (we cringe when he tells her that part).  Really Blank?  You live with your stepmother?  She smiles, takes another sip of wine and says, “Is she wicked?” Red lipstick on the rim of her glass.

So that’s why he always plays “Hot Legs,” we all think.

“I live with my two black cats,” She says.  “I wish they could help pay the rent.  Tips are down.”

He’s fantasized about strippers before, but he’s never actually seen one in person, let alone sat across from one in an Italian restaurant.  He finds it hard to process.

“Have you ever slept with a stripper?” she asks.

“Well, you’re in for a real treat.” She smiles, swirling the wine in her mouth before swallowing.

The food comes in the knick of time, but Blank can barely eat. The spaghetti keeps sliding off of his fork, his hands shaking.  We encourage him, again, to order a drink, and this time he relents, ordering a Bourbon, something else he’s never tried.

“I work with old people,” Blank says, spaghetti sauce on his mouth.  “I protect them.”

His drink arrives and he takes a sip, wondering if he should stay or run out the door (of course, we tell him to stay, insist on it actually—we are completely invested in this date now).

She takes a bite of her chicken parmesan, chewing slowly, “Sometimes I think it would be nice to have a man protect me.  Seems all they want to do is sleep with me.”

“Maybe it’s your line of work,” Blank says, emboldened by the drink.

“You guys just take it too far.”

“I’m not most guys,” Blank says.  We applaud his honesty, but tell him to cool it if he wants to get laid.

And then he tells her what he really does for a living—that he’s a professional assassin by day, and that intrigues her even more.

But back to what really happened:  Blank took  She of the Husky Voice out to Luisa’s and they fell into comfortable conversation.  He found out She worked at Walmart in Middletown, where she lived in an apartment with her three- year-old little girl. Her ex-boyfriend flew the coop right after the baby arrived. Her name was Martha Anne Creston and Blank said she had mousy brown hair and glasses. But he fell hard for her and the little girl.  They moved in together, and She and the little girl would come to the radio station with him from time to time.  We could hear them in the background, so we knew they actually existed.  A real little girl laughing, crying, whining.  And a mother shushing, admonishing in that husky voice. And Blank never sounded happier—he called She his better half and the little girl his ray of sun.  Once he put the little girl on the air and she sang a nursery rhyme.  It’s embedded in our minds now; it plays off and on like an elegy to Blank: “I see the moon and the moon sees me/ Down through the leaves of the old oak tree/ Oh! Let the moon that shines on me/ Shine on the one I love.”

The relationship seemed to go well for several years, but then She started to go crazy (at least that’s how Blank put it).  They split up and she moved out with the little girl, moved up to Vermont to be with the little girl’s father.  It tore Blank up.  He was never the same. The last few years he just played recorded shows.  He’d go to the studio and sit there in the dark and listen to shows of the past. We’d still call in, but he was lifeless at best. Maybe we pushed him too far.  Maybe we should’ve never encouraged him to take Her out. But riding around on a golf cart every night, watching the sun-rise, then going to bed alone, just didn’t seem to be enough.

Lisa Lynn Biggar received her MFA in Fiction from Vermont College.  She is currently working on a short story cycle set on the eastern shore of Maryland. Her short fiction has appeared in numerous literary journals including Main Street Rag, Bluestem Magazine, The Minnesota Review, Kentucky Review, Newfound and is forthcoming in the winter issue of The Delmarva Review. She teaches English at Chesapeake College and is the fiction editor for Little Patuxent Review.  In her spare time she co-owns and operates a cut flower farm on the eastern shore of Maryland with her husband and four cats.

"Last Will and Testament of Allen Kenneth Hall" by Adam Bjelland 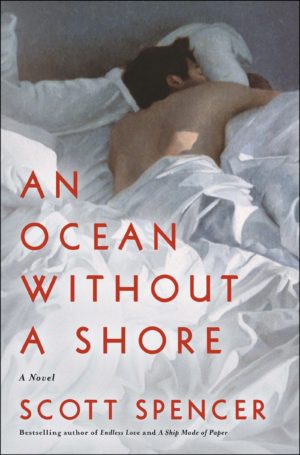 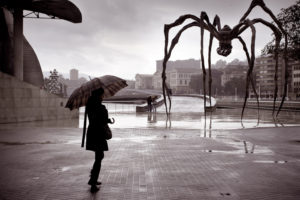 “Bird in the Hand” by Kathleen Heil 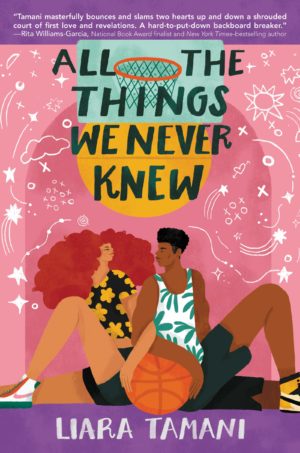 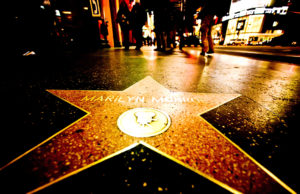